Fuse humanity into a single entity using the Third Impact.

SEELE (German for "soul"), also known as Seele, is a mysterious secret society responsible for the Second Impact from Neon Genesis Evangelion. SEELE was formed back in the ancient days of an unknown era, it has enormous global influence, surpassing even the power of the United Nations and possess tremendous wealth. This power is never used directly however, as SEELE prefers to subvert and manipulate other countries and the U.N. to do its bidding.

SEELE strives to accomplish the Human Instrumentality Project - the goal of uniting the human race as one, thus ending all the wars and individual struggles of mankind. The Seed of Adam (the progenitor of the angels) was the original seed to arrive at Earth, but because of the arrival of the Seed of Lilith (the progenitor of humanity), Adam's seed was inactivated, so SEELE views Humanity as the false successors of Earth, and the Angels as the true successors, the sons of God, and for that Humanity is burdened by the Original Sin because it should never have existed. They work to destroy the Angels, then unite all humanity as one and sequentially unite with Lilith and Adam so that they can become part of the God—the next stage of existence.

SEELE's original plan to accomplish this was to make Kaworu the Seventeenth Angel, the carrier of Adam's soul,  merge with Lilith, causing the Third Impact. This would, with the help of thirteen Evangelion units, accomplish the Human Instrumentality Project. But the loss of Eva Units 03 and 04 and the delay of Units 05 and 06 lead SEELE to the construction of Mass Production Evangelions controlled by Kaworu Dummy Plugs.

The death of Kaworu made SEELE conclude that Kaworu wasn't the successor of life after all. This was further justified by the Dead Sea Scrolls since it didn't foresee anything of this. SEELE agreed, from there on, that they wouldn't borrow the power of the angels anymore to help accomplish their plans.

Using the Dead Sea Scrolls as a reference, SEELE's ultimate goal is to initiate the Third Impact via the Human Instrumentality Project, all in an effort to manufacture mankind's artificial evolution. To achieve this they require the combined resources of the entire world, which they access via the United Nations.

Many of SEELE's ventures, including Gehirn, NERV, Project E, and the Human Instrumentality Project, appear to be funded and controlled by the U.N. In truth, SEELE is in control, leaving the U.N. with very little input and even less knowledge of the true intentions and purposes of these ventures.

SEELE consists of a council of senior members. Although it is unclear how many such members exist, as many as fifteen have been simultaneously seen participating in their meetings. The council prefers to communicate through audio only, and while in the conference, its members are represented by black monoliths. For much of the series the SEELE-appointed 5-member Human Instrumentality Committee oversees the progress of the Human Instrumentality Project. As the project nears fruition, SEELE takes a more direct approach, supervising the efforts themselves.

The crest of SEELE has 7 eyes drawn over an inverted triangle. The same pattern was drawn on the mask covering Lilith's face in Terminal Dogma. It is speculated that this crest represents the seven eyes of Yahweh, the absolute God described in the Old Testament of the Bible.

Incidentally, the number 7 has important significance in the Kabbalistic mysticism of the Christian and Judaic faiths, symbolizing completeness (seven planets, seven days it took to create the world, seven holes in the human head, which is the center of the microcosm, etc.). In addition, in the Book of Revelation of the New Testament of the Bible, the number 7 appears frequently with mention of seven golden lamp stands, seals, plagues, angels, etc.

SEELE means soul in German. The names of all major organizations related to SEELE, such as Gehirn and NERV, are also derived from German.

Seele's goal was to start the Human Instrumentality Project via an impact event. The project was meant to exterminate all life on Earth and replace it with life forms born with the fruit of life. We know the Near Third Impact would have been Gendo's scenario of the project while the Fourth Impact is Seele's scenario. Seele's original plan was to resurrect Lilith but that clearly failed. Seele's back up plan also failed as Evangelion 13 was deactivated.

In the first 2 Rebuild movies, Seele is shown to have major control of NERV and funds its operations. However, unlike the original anime, they seem to have less control over the events that go on. In Evangelion 3.0: You Can (Not) Redo, it is revealed that Seele has been around since the beginning and has given man the gift of civilization. Gendo states they have the fruit of life and that they are immortal which could mean they are related to the angels in some way.

Production materials for the series indicate that Seele was at some point referred to as the Essenes. The eyes and triangle have been long-standing symbols for deity, while the later introduction of the apple is reminiscent of the Discordians. There is nothing masonic in the symbols or themes presented. 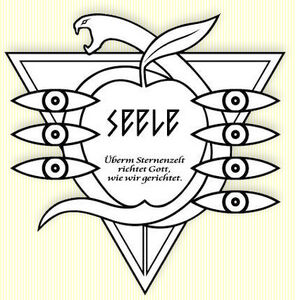 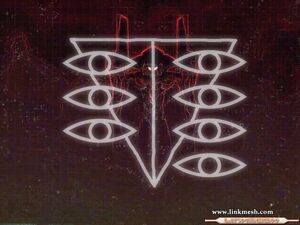 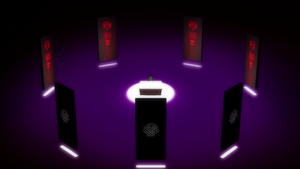 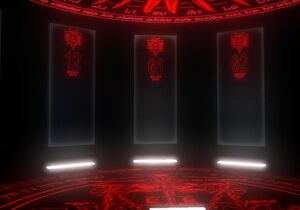 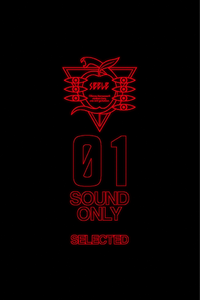 The enigmatic leader of SEELE 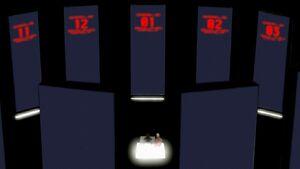 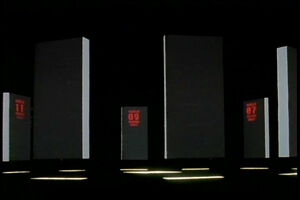 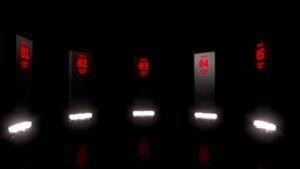 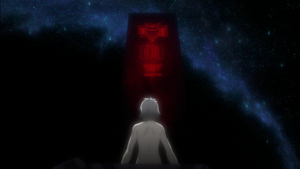 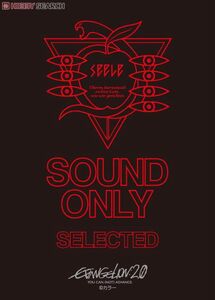 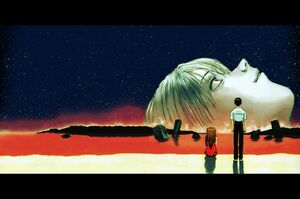 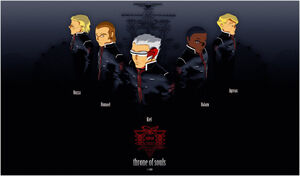