For their counterpart in the reboot series, see Spectre

The Special Executive for Counter-intelligence, Terrorism, Revenge and Extortion (abbreviated as SPECTRE) is the main antagonistic faction of the James Bond franchise. It is a global terrorist organization that was created and led by the criminal mastermind Ernst Stavro Blofeld.

In the original Bond novel series, SPECTRE's first and last appearance as a worldwide power is in the novel Thunderball, published in 1961. In the novel, SPECTRE, headed by Blofeld, attempts to conduct nuclear blackmail against NATO.

Apparently disbanded afterwards, SPECTRE is said to be active again in the next book, The Spy Who Loved Me, although the organization is not involved in the plot. In On Her Majesty's Secret Service, the second chapter of what is known as the "Blofeld Trilogy", Blofeld has revived SPECTRE, and Blofeld's final appearance, sans SPECTRE, is in the final novel of the trilogy, You Only Live Twice.

Later, the John Gardner Bond novel For Special Services introduces a revived SPECTRE led by Blofeld's daughter, Nena Bismaquer. Although Bond ultimately prevents SPECTRE from reforming, it continued, under the leadership of Tamil Rahani, to play a part in Role of Honor and Nobody Lives For Ever. The next Bond novelist, Raymond Benson, reintroduces Irma Bunt, Blofeld's assistant, in his short story "Blast From the Past", which is a sequel to You Only Live Twice.

In the EON Productions James Bond series, which began in 1962 with Dr. No, SPECTRE plays a more prominent role. The organization is first mentioned in Dr. No as the organization for which Dr. Julius No works. This was changed from Fleming's novels, which had Dr. No working for the USSR. In the films, SPECTRE usually replaced SMERSH as the main villainous faction, although there is a brief reference to SMERSH in the second EON Bond film From Russia with Love. The film adaptation of From Russia with Love also features the first on-screen appearance of Blofeld, although he is only identified by name in the closing credits of the film. After being absent from Goldfinger, SPECTRE returns in Thunderball and subsequently is featured in the following films You Only Live Twice, On Her Majesty's Secret Service and Diamonds Are Forever. Following Diamonds Are Forever, SPECTRE and Blofeld were retired from the EON Films series, except for a cameo by Blofeld (not identified by name, but accompanied by the character's trademark cat) in For Your Eyes Only.

In 1983, MGM released Never Say Never Again, based on the same original source material as Thunderball. Not considered part of the official Bond series, the film retells the story of Thunderball and reintroduces both SPECTRE and Blofeld.

SPECTRE is shown, but never mentioned by name. Instead, it is referred to as a "powerful criminal organization". It is depicted as being much more powerful than it was in any of the films or books, possessing a massive undersea black market known as The Octopus, resembling Karl Stromberg's lair from The Spy Who Loved Me, a large lair built into an extinct volcano akin to the films which is used as the main base of operations, and also the personal structures of its members such as Auric Goldfinger's Auric Enterprises and casino and Dr. No's Crab Key, also returning from the films.

Although the video game mirrors much of the plot of the eponymous film, it uses an organization called OCTOPUS rather than SPECTRE to avoid copyright issues. The game features a recurring symbol that could be thought of as SPECTRE's logo: a simple, marine-blue octopus with semicircular eyes and blade-like tentacles. This logo is at least seen printed on the walls of The Octopus black market and on Goblin grenades.

SPECTRE's members are derived from several prominent criminal organizations including the Gestapo, SMERSH, Marshal Josip Broz Tito's secret police, the Mafia, the Unione Corse, and a massive heroin-smuggling operation based in Turkey. SPECTRE seems to desire world domination though this was only ever stated to be their goal in You Only Live Twice, a movie in which SPECTRE was working not for itself but for an unnamed Asian government, possibly Red China, who had earlier backed Auric Goldfinger. SPECTRE's goals in the other films it has appeared in have always been less lofty. The organization had a more active role, often as a third party in the ongoing Cold War, and worked with both sides all while instigating conflict between the two superpowers so as to get them to exhaust themselves and thus be vulnerable when it seizes power. SPECTRE thus of the Cold War. This strategy is described by Blofeld in the film version of From Russia with Love with some Siamese fish he keeps in an aquarium, where one fish is refraining from fighting two others until their fight is concluded. The cunning fish then attacks the weakened victor and kills it easily.

SPECTRE has an extremely draconian discipline policy, with the penalty for disobedience or failure being automatic death. As Blofeld says on several occasions: "This organization does not tolerate failure". To heighten the impact of the executions, Blofeld would often focus attention on an innocent member to make it appear his death is imminent, only to suddenly kill the actual target when that person is off guard. The organization is also shown to be somewhat money-pitching and petty as Blofeld and Emiio Largo willing to kill Angelo Palazzi for demanding more money and order the death of Count Lippe for hiring Palazzi, even though both of them complete their mission successfully.

SPECTRE also draws elements from mafia syndicates and other organized crime rings, having strict codes of loyalty and silence with fierce punishments for violating them.

In both the film and the novel Thunderball, the physical headquarters of the organization was in Paris which operated behind the front of an organization aiding refugees (Firco in the novels; International Brotherhood for the Assistance of Stateless Persons in the films).

There are 21 members of the headboard of SPECTRE. Ernst Stavro Blofeld served as the autocratic leader of the organization while Emilio Largo was elected by the cabinet to be second in command. A physicist named Kotze and an electronics expert named Maslov were also prominent members of the board for their expertise in scientific and technical matters. SPECTRE's head cabinet was officially dismantled in Diamonds are Forever after their latest scheme of world espionage and domination was thwarted.

SPECTRE's cabinet all use numbers (e.g.: Number 1) as code names to hide their identities. In the novels, the numbers of members were initially assigned at random and then rotated by two digits every month to prevent detection. In the novel Thunderball, Blofeld has been assigned "Number 2", while Largo is assigned "Number 1". This particular example of numbering was perhaps deliberately borrowed from revolutionary organizations, wherein members exist in cells, and are numerically defined to prevent identification and cross-betrayal of aims. By deliberately drawing attention away from the true leader of the organization, he was protected by masquerading as a target of lower importance, and the structure of the organization was also obscured from intelligence services.

In the films the numbers are permanent and indicate rank: Blofeld is always referred to as "Number 1" and Largo is "Number 2".

This list shows the entire members of SPECTRE mentioned in the official Bond film franchise.

This list shows all SPECTRE board members mentioned in the unofficial films:

This list shows all SPECTRE board members mentioned in the Ian Fleming novel Thunderball:

SPECTRE and its characters have been at the centre of a long-standing litigation case starting in 1961 between Kevin McClory and Ian Fleming over the film rights to Thunderball and the ownership of the organization and its characters. In 1963 Ian Fleming settled out of court with McClory, which awarded McClory with the film rights to Thunderball, although the literary rights would stay with Fleming and thus allow continuation author John Gardner to use SPECTRE in a number of his novels.

In 1963 the producers of EON Productions, Albert R. Broccoli and Harry Saltzman made an agreement with McClory to adapt the novel into the fourth official James Bond film. The agreement also stipulated that McClory would not be allowed to make further adaptations of Thunderball for at least ten years after the release. Although SPECTRE and Blofeld are used in a number of films before and after Thunderball, the issue over the copyright of Thunderball, did prevent SPECTRE and Blofeld from becoming the main villains in 1977's The Spy Who Loved Me. In 1983, McClory released the unofficial remake of 1965's Thunderball, entitled Never Say Never Again.

Although McClory retained the film rights to Thunderball until his death in 2006, and his estate held them until 2013, the courts in 2001 awarded MGM the exclusive film rights to the fictional character James Bond. This technically prevented McClory from creating further adaptations of the novel. On November 15, 2013, MGM and Danjaq, LLC announced they had acquired all rights and interests of the estate of Kevin McClory. MGM, Danjaq, and the McClory estate issued a statement saying that they have brought to an "amicable conclusion the legal and business disputes that have arisen periodically for over 50 years. 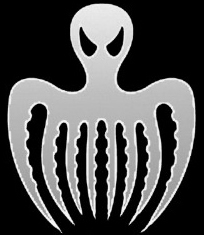 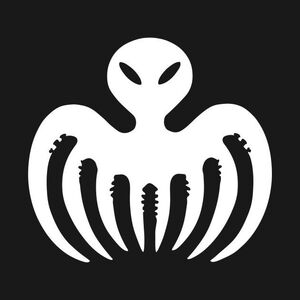