Aid Pierce in his plot to bring a new world order for HYDRA (failed).

Special Tactical Reserve for International Key Emergencies (or STRIKE) is the secondary antagonistic faction of the 2014 Marvel film Captain America: The Winter Soldier and a minor antagonistic faction in Avengers: Endgame. It is a special tactics unit led by Brock Rumlow within S.H.I.E.L.D., but later turns out to be a HYDRA front as part of Alexander Pierce's true plot to bring in a new world order.

The STRIKE team first appeared when they aided Captain America and Widow in rescuing several S.H.I.E.L.D. agents (including Jasper Sitwell from a band of pirates led by Georges Batroc). Though the team was able to help out both the Captain and Black Widow in taking down the pirates, little did Captain America knew that Widow is recovering S.H.I.E.L.D. files regarding to a top-secret operation called Project Insight.

Following the assassination attempt of S.H.I.E.L.D. Director Nick Fury, Pierce sent in STRIKE to bring in Captain America for questioning regarding to Batroc's attack. When Captain America declined to give Pierce any information of what Fury said, Pierce secretly branded him a fugitive. To that end, Rumlow and several STRIKE members tried to capture the Captain, forcing the Captain to escape away alongside Black Widow. They even brought in the Winter Soldier to raise the stakes against the heroes.

Being on the run from the law, Captain America and Black Widow soon learned that Project Insight actually involves using S.H.I.E.L.D.'s Hellicarriers to take down millions of people and bring in a new world order for HYDRA (thanks to a certain algorithm created by the deceased Arnim Zola. They also learned that STRIKE is involved in the plot as many of the members (including Rumlow and Jack Rollins) are secretly members of HYDRA.

With this information, Captain America managed to infiltrate back into S.H.I.E.L.D. HQ and expose the truth about Project Insight to everyone while Black Widow posed as a World Council executive to expose HYDRA's secrets to the public. Despite the plot being exposed, Pierce ordered his forces to continue on, and the STRIKE agents laid down a battle against the loyal S.H.I.E.L.D. agents. Needless to say, the S.H.I.E.L.D. agents managed to take down the STRIKE agents before destroying the Hellicarriers, putting an end to Pierce's plans as he ends up shot to death by Fury. 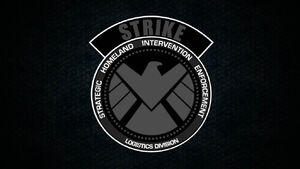 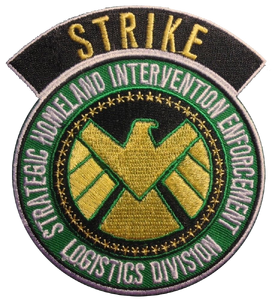 Retrieved from "https://villains.fandom.com/wiki/STRIKE?oldid=4346815"
Community content is available under CC-BY-SA unless otherwise noted.