Fulfill the wishes of Dr. Eggman/Robotnik.

SWATbots are a series of faceless humanoid robots used in various Sonic the Hedgehog media, such as cartoons, comics, and the Sonic Chronicles video game.

The SWATbots of this cartoon series were just as weak as regular Badniks and were no match for Sonic the Hedgehog or his friends - to make up for this Robotnik seemed to produce them in large numbers, and wherever the tyrant went he was sure to have an ample supply of these minions around to do his dirty work.

A bulkier variety of SWATbot breed exists in the TV series Sonic Underground. They come in several variations, use multiple vehicles, and all have orders to capture Sonic and his siblings (whenever the SWATbots spot any of the three they exclaim "Priority 1, Hedgehog alert" and attack them). However, these SWATbots are incredibly inefficient, being very vulnerable to water and laser fire, and having an easily accessed control panel on their arm. They are usually armed with energy guns, referred to as lasers. They would fire a steady stream of energy, unlike the blasters weapons in the earlier cartoon.

Although heavily associated with Robotnik Prime the Archie Comics has occassionally had SWATbots utilised by Robo-Robotnik - though he has tended to upgrade them into Shadowbots before abandoning the production in favor of Egg Pawns, Dark Legion chapters, and eventually Egg SWATs.

The SWATbots appeared in mainstream "Sonic the Hedgehog" videogame canon and were exclusively associated with the NDS RPG "Sonic Chronicles". There they were described as Robotnik's old robots and were activated by the Dark Brotherhood during their invasion on Metropolis Zone. 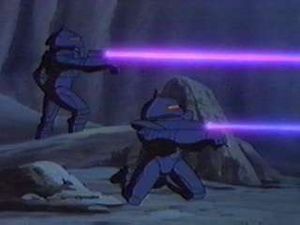 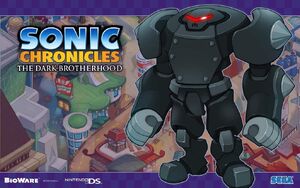 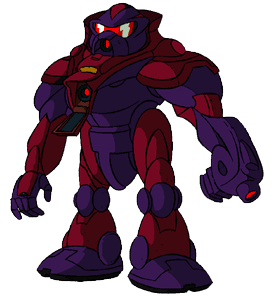 Retrieved from "https://villains.fandom.com/wiki/SWATbots?oldid=3581994"
Community content is available under CC-BY-SA unless otherwise noted.