Saberhorn is the co-leader of his, Glowstrike and Scorponok's team in Transformers: Robots in Disguise.

Formerly the leader of a pirate crew, Saberhorn was a prisoner aboard the Alchemor when it crashed on Earth. Freed during the impact, he became part of Scorponok and Glowstrike's team based out of the wrecked stern of the prison ship, and was sent out to obtain thermotanium.

He was collecting some from a quarry near Crown City when he encountered Bumblebee, Strongarm and Grimlock but was able to make off with a collection of ore.

He took it to a steel mill to smelt it, and was again found by the Autobots.

He seized Russell Clay as a hostage and almost succeeded in melting down Bumblebee, but was forced to flee after Grimlock grabbed him. He returned to the Alchemor wreck where his bosses were unimpressed with his antics.

Saberhorn treats every combat like a duel and false sense of honor. And he speaks with a stereotypical Old English accent. He relishes a good challenge. 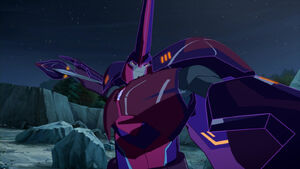 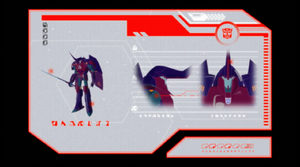 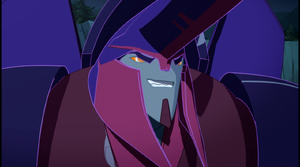 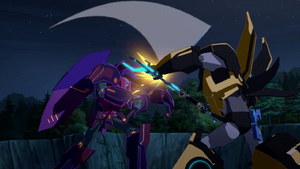 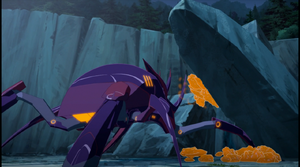 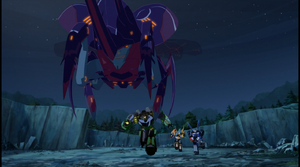 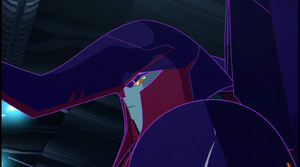 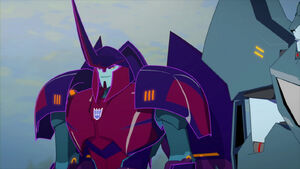 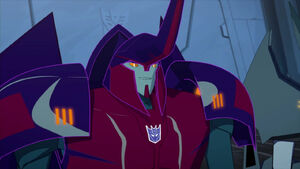 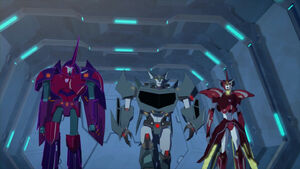 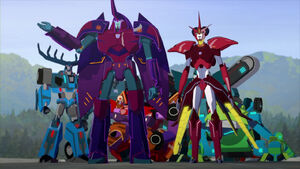 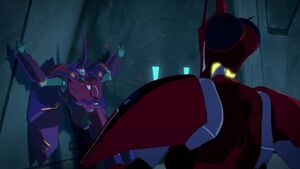 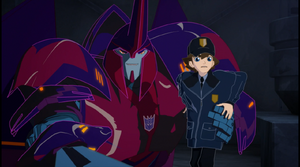 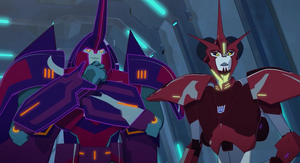