Bartender of the Clover Bar

Awaken the Orphnoch King and use him to become a complete Orphnoch.

Saeko Kageyama, the Lobster Orphnoch, is a member of the Lucky Clover and a major antagonist in Kamen Rider 555.

She was portrayed by Waka.

Saeko and the other members of Lucky Clover were employed by Kyoji Murakami to hunt down rogue Orphnochs who refused to obey Smart Brain and attempt to wipe out humanity. She was the one who killed Yuka Osada after she escaped from experimentation from the scientist Masahiko Minami.

After learning of the Orphnoch breakdown, Saeko began searching for the Orphnoch King, who had the power to circumvent this by evolving an Orphnoch into its complete her. Saeko manage to ensure her survival and allowed the Arch Orphnoch to completely evolve her, in the process removing all traces of her humanity.

After the Orphnoch King was defeated by Kamen Rider Faiz, the Lobster Orphnoch became his caretaker.

The Lobster Orphnoch was one of the Orphnochs who Shocker after it achieved its goal of global hegemony in the altered timeline. She eventually meets her end when she is killed by Kamen Rider Faiz.

The Lobster Orphnoch was one of the monsters resurrected as part of the revived Badan Empire. When the 15 Heisei Riders and 15 Showa Riders joined forces to defeat Badan, she was seen fighting Faiz.

The Lobster Orphnoch appeared as a member of Shocker after they altered time to achieve world domination again. She battled with Faiz and was killed by him with a Crimson Smash.

The Lobster Orphnoch is one of the Orphnochs who are playable in the Kamen Rider 555 video game. 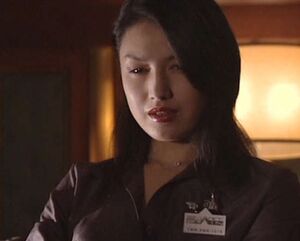 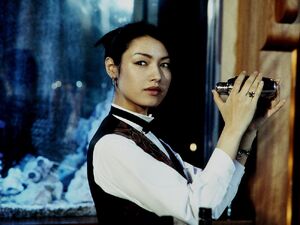 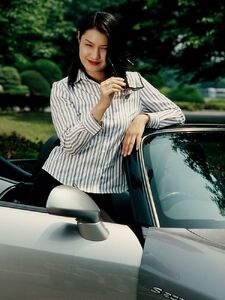 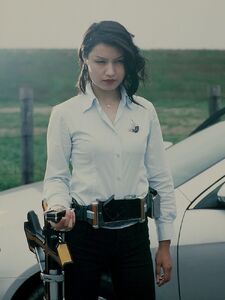 Saeko with the Kaixa Gear. 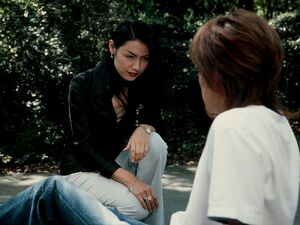 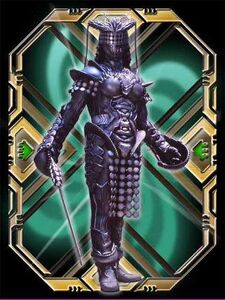 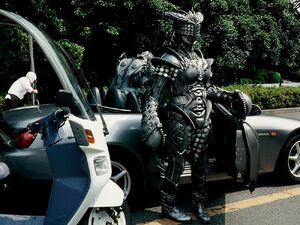 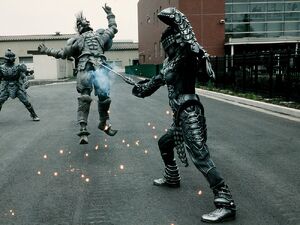 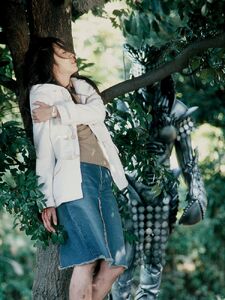 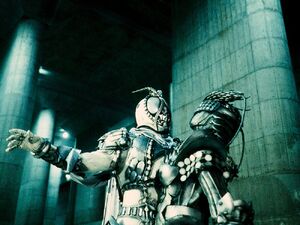 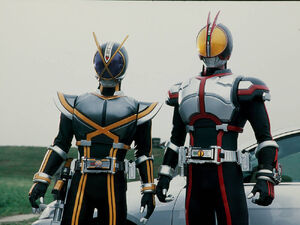 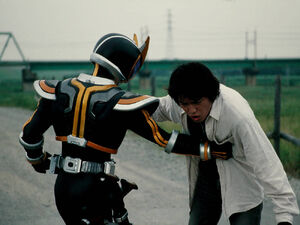 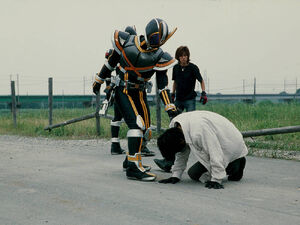 Saeko as Kaixa glancing down at Masato Kusaka. 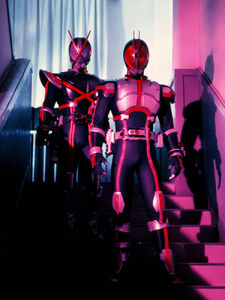