Senshi Sangokuden: Clash of the Heroes

Saibou is an Agguguy that wears red cape.

Saibou is an extremely cruel individual who is willing to kill his own troops for failure and to save his own skin. He is also shown to exhibit a traitorous personality, as Ryuuhyou learns it in a hard way.

Saibou and Kouso Zogok is originally Ryuuhyo's troop, however, as Sousou's force become stronger, Saibou and Kouso decided to betray and kill their leader and join Sousou, which disgusted some of Sousou's generals. However, Sousou still accepted them.  Soon, Kouso is killed in a battle, and Sousou punished Saibou by cutting one of his arm. Saibou than reappears during the battle of Red Cliff, when he leads a squad of armoured ships.  Later, the force of Shou and Gou will start to rain arrows , and one of Saibou's man(or Zock) reports this to Saibou, however, the Agguguy response by using the luckless troop as his shield, and later killed his own troops for failure. Than, Ryomou Dijeh and Kannei Kampfer, who originally is under his command get on Saibou's ship and confront him, the Agguguy than tries to use the power of darkness, but Kochou Gundam shoot Saibou's arm with an arrow, thus causing the power of darkness to corrupt the traitor, Ryomou and Kannei than used this chance to kill Saibou once and for all, sending him to his watery grave. 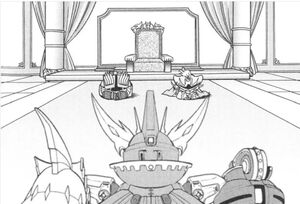 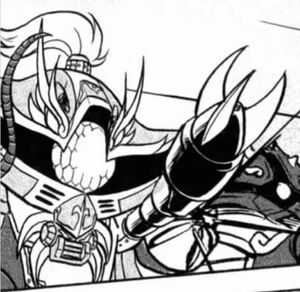 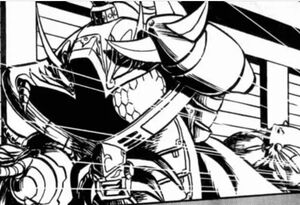 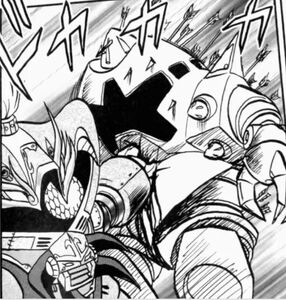 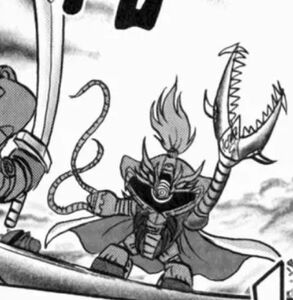 Saibou using the power of darkness. 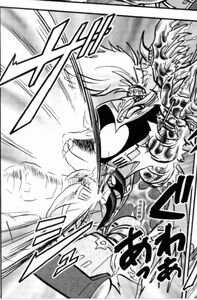 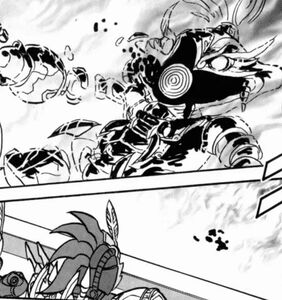 Saibou's demise.
Add a photo to this gallery
Retrieved from "https://villains.fandom.com/wiki/Saibou_Agguguy?oldid=3559987"
Community content is available under CC-BY-SA unless otherwise noted.