Villains Wiki
Register
Don't have an account?
Sign In
Advertisement
in: The King of Fighters Villains, Video Game Villains, Game Bosses,
and 21 more

The King of Fighters XIII

Leader of Those From the Past

Much like Ash Crimson, Saiki is a flamboyant character. He shows no feelings for others or interest on things that don't concern him, also despising incompetence and disobedience.

Saiki is an ancient deity born from Gaia, having control over time. His followers were known as Those from the Past, powerful beings that had supernatural powers. History tells that Those From the Past engaged in a war against the humans, deeming them inferior and worthless beings. However, this war ended in a massive carnage, and Those From the Past were said to have disappeared forever. Saiki and his followers actually went into hiding, severely weakened and waiting for the right opportunity to exact their revenge.

Another of Gaia's deities, Orochi, engaged in a similar war with humans, ending sealed away by the three sacred weapons. Saiki, witnessing this war, decided that the power of Orochi would be of great use to change his and his followers fate, so he waited for the time when Orochi's seal would be weakened to absorb his powers and use it to open the Gate of Fate, which would allow him to go back in time.

During the twenty-first century, after the followers of Orochi used the King of Fighters tournament to awaken their master, Saiki decided their time had come at last. He looks for his followers, and orders them to manipulate the King of Fighters tournament and gather the energy necessary to unseal Orochi. Knowing that he would need the three sacred weapons to undo the seal, Saiki looks after his last descendant, Ash Crimson, and orders him to enter the tournament and steal the sacred weapons. Ash obeys him, although Saiki believes he cannot be trusted. Botan, one of Those from the Past, manipulates Rose Bernstein, daughter of Rugal Bernstein, and Chizuru Kagura to host the tournament, while Mukai oversaw everything to make sure everything would go as planned. As the winning team meets Chizuru and defeat her, Botan and Mukai appear after them, so Mukai challenges them for a fight to test their prowess. Defeated, Mukai stands up apparently unscathed and vanishes. Ash takes this opportunity and steals the Yata Mirror from Chizuru, then threatening Iori Yagami that he would be the next one.

With Mukai's part done, Saiki sends Magaki and his underling Shion to oversee the next tournament, while Botan manipulates Rose again to host it. As the tournament ends, Shion invites the winning team for a match, since they still need more power to awaken Orochi.

Shion is defeated, so Magaki takes him away to another dimension and decide to defeat the winning team by himself. Also defeated, Magaki stands up unscathed just like Mukai, and wonders why Orochi haven't awakened yet. As he prepares to leave through a dimensional portal, Shion hurls his spear and kills Magaki for underestimating the humans. With this turn of events, Shion orders two underlings to retrieve Magaki's body,

which had been take by Heidern to be analyzed. With the many evil energy emanated in this tournament, Iori Yagami enters the Riot of Blood, beating his partners Kyo Kusanagi and Shingo Yabuki. Ash takes this opportunity and steals the Yasakani Spear from Iori, leaving him powerless.

Fed up with his underlings successive failures, Saiki decides to oversee the next tournament by himself. While the tournament goes underway, he demands to know what exactly happened with Shion and Magaki, later dismissing his followers for being worthless. After the tournament finals, he and his followers appears after the winning team during the ending ceremony, freezing time completely except for the winning team. Having just two of the three sacred weapons, Saiki orders all of Those from the Past to gather their energies to open the Gate of Fate, which appears in the distance. Mukai, however, disagrees with him, asking to fight the winning team by himself. Displeased, Saiki hangs Mukai by the neck and drains his vitality, killing him. Saiki then challenges the winning team for a final match, morphing into a large, muscular form.

Saiki ends defeated, but he also stands up unscathed and reverts back to his original form, remarking that now he has all the energy needed to open the gate. However, the gate starts closing, making him panic. He knew that if the gate closed before he got in it, a time paradox would happen and he would be erased from existence. Before he can guess what was happening, Ash Crimson attacks him from the back, killing him. Ash was only obeying him all this time to gain his trust and kill him by himself when he was vulnerable.

However, Saiki's spirit possesses Ash, becoming Evil Ash, as the burst of energy kills Botan and the other remaining followers. Believing their combined strengths would be enough to open the gate, he once again challenges the winning team to gather more energy. Defeated, he attempts to cross the gate before it closes, but Ash regains control of his body and uses all his strength to stand still. Saiki begs Ash to enter the gate, saying they can start all over, but Ash refuses. As the gate closes, the time paradox happens, making Saiki cease to exist, which in turn also make Ash cease to exist. 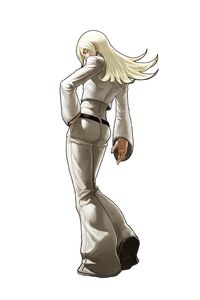 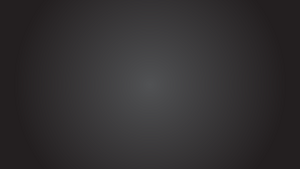