Wipe out humanity and claim Earth for themselves

Aliens
The Sails Worms are the pupa form of the Worms, taking on the shape of a chrysalis, and supporting antagonists in Kamen Rider Kabuto.

A Worm in a Salis state normally have a green body, but there have been scenarios where it was not so. After a Worm is threatened or endangered, it has the ability to molt, revealing a stronger form that can move at blinding speeds which comes from their high metabolism.

The second species of the mimetic alien life form, known only as "Worms" arrived on Earth seven years that caused the Shibuya meteorite crash. Hostile toward humans, Worms attempt to blend into the human population by copying the faces of their victims along with their memories. They only require a look at the human to copy their image, but once done so, they attempt to kill the original at all costs. The Worm believe the person that was mimicked now exists as a part of them due the fact they also acquired their victims' personalities, which can be a hindrance in few cases. Despite being able to copy both image and memory, they are unable to copy certain things such as scent and heat, and, as seen in Kamen Rider Decade, human reactions to nerve bundle strikes.

It is later revealed that Worm do not need to naturally molt, and their "cast" can be broken off or shattered. They also have the ability to revert back into a Salis form if necessary. When a Worm is destroyed, it explodes into flames that share its predominant color.

The main motifs of the Worm are animals that are arthropods, most commonly insects. The executives are the only Worm with non-insects motifs. Rena Mamiya/Ucaworm, Cammarusworm, Substworm, and Reiji Nogi/Cassisworm are all crustacean-type Worm. The Cochleaworm is surprisingly based on a mollusk, the animal family that is the total opposite of an arthropod.

Mutant Worm is a variation of the second group of Worms which eventually appeared on Earth. Its mode of operation differs from the other worms due to it making a pact to fulfill the wishes of its chosen targeted human, rather than killing them. It's not known how or why this Worm emerged. Its Salis form is white, differently from the green of the standard Worms. A mutant worm appears only in Kabuto episode 14.

Judah the antagonist of the All Kamen Rider: Rider Generation game, in an attempt to strengthen the Salis Worms that joined his army, artificially enhanced them, leaving them in an "semi-molting" state, which, although lacking the high speed abilities of their real molted form has a combat ability significantly stronger than standard Salis Worms. These Worms altered by Judah acquire a dark coloration for their bodies, while their claws become purple. The Salis Worm (Semi Molting) are original creations of the Rider Generation games and don't appear in the original Kabuto series.

Worm Yummy (Pupa Form): Cell Medal recreations of the Worms' Salis stage, appearing as part of a Combatman Yummy army, the product of Shocker Combatman In Sendo's desire for like-minded allies to defeat the Kamen Riders, based on the grunts from past villainous groups who fought against Kamen Riders, whom Sendo refers to as the "past generation combatmen". They fight Kamen Rider OOO but are eventually all destroyed by Kamen Rider OOO Tajadol Combo's Magna Blaze Giga Scan. 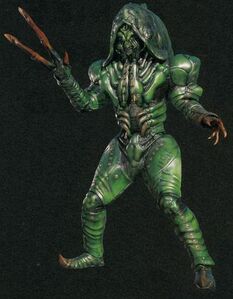 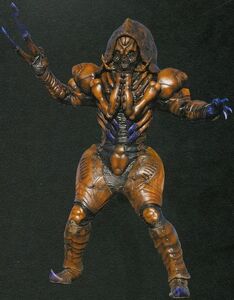 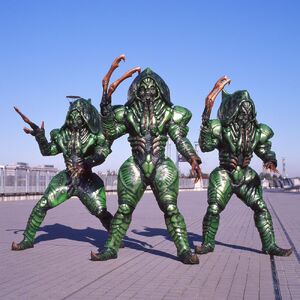 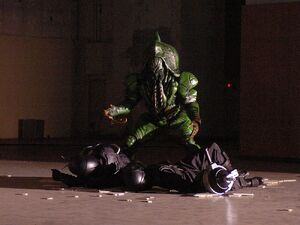 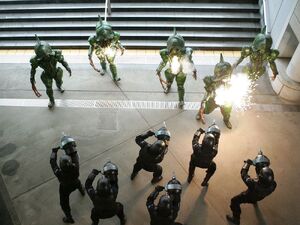 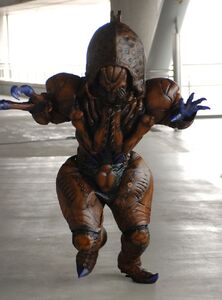 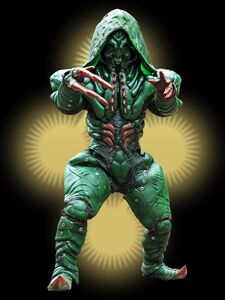