Genocidal Military
The Saiyan Army was the military force of the Saiyans and minor, but important antagonists in Dragon Ball Z. They were led by King Vegeta and served under Frieza and the Planet Trade Organization.

Prior to being annexed by Frieza, the Saiyans fought the Tuffles in the Saiyan-Tuffle war. After a ten-year-long struggle, the Saiyans completely annihilated the Tuffles after a full moon arose, allowing them to transform into Great Apes. The Saiyans then colonized the planet and renamed it Planet Vegeta after their leader, King Vegeta.

In Age 732, the Saiyans were peacefully annexed by Frieza and conscripted into the Galactic Frieza Army. The Saiyan Army fought in hundreds of conflicts for Frieza and had a very high success record, earning his respect.

After Bardock's team of low-class Saiyans defeated the Kanassans, something even Frieza's Elites were unable to do, Frieza began to worry that the Saiyans would rebel against him and secretly plotted to kill them all. When King Vegeta learned of this, he staged an invasion of Frieza's spaceship but was killed by Frieza himself. Bardock also tried to stop Frieza but was obliterated along with Planet Vegeta and most of the Saiyan race when Frieza launched a Supernova at him.

However, several Saiyans survived, including Goku, Vegeta, Nappa, Raditz, Broly, Paragus, and Turles. Vegeta, Nappa, and Raditz continued invading planets for Frieza, not knowing that he had destroyed their planet, while Goku was sent to Earth as a baby to conquer it.

Paragus, meanwhile, built a new Planet Vegeta and began plotting his revenge against King Vegeta's family, as he had ordered the execution of Paragus's son Broly when he was a baby.

Turles also managed to escape the destruction of Planet Vegeta and founded a group of space pirates, seeking to find a planet suitable to plant the Tree of Might, which grew fruit that granted immense power to anyone who ate them.

Eventually, Goku and Vegeta became the last remaining Saiyans, along with Vegeta's younger brother, Tarble, who had been sent away from Planet Vegeta long before its destruction. 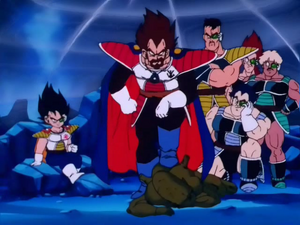 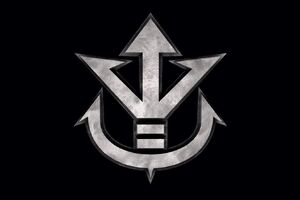 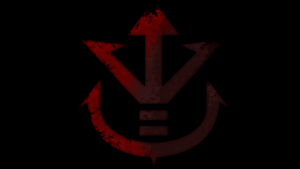 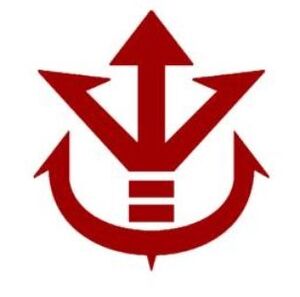 Retrieved from "https://villains.fandom.com/wiki/Saiyan_Army?oldid=3396209"
Community content is available under CC-BY-SA unless otherwise noted.