Ambassador and commander of the Sea of Death

Trying to be along with Wadanohara.

Frame Samekichi as a traitor without anybody knowing (succeeded for awhile, but later failed).
Destroy the Cast Pearl (succeeded).
Destroy the Great Blue Sea in favour to the Sea of Death.
Rape Wadanohara to extract her memories and became the Red Sea Witch.
Get away from his crimes.
Ruin the lives of Wadanohara and Samekichi.
Be with Wadanohara (all failed).

Shiranami (in Japanese: 白波), or better known as Sal or Syake-san, is the posthumous main antagonist in the 2013 videogame Wadanohara and the Great Blue Sea. (as well as the 2020 re-release of the same name.)

He originally was thought to work for the Sea Kingdom until he was revealed to be a cunning and manipulative traitor working for the Sea of Death, in order to release Princess Mikotsu and full the sea of infinite madness, terrorism and death.

He takes two forms in the game, shifting between both as he wishes. Sal is also the elder twin brother of Samekichi, son of Old and Namikaze, and the late uncle of Minami.

In his shark form, he appears as a white shark with oval-shaped red eyes and white pupils. He has a slight blush visible underneath his eyes and he is almost always smiling.

Upon revealing his true motives, in his humanoid form his sclera turns red and blood begins to drip from both eyes and his scalp. in his shark form his pupils turn black and he also grows four arm like limbs from below his fins.

In his humanoid form, Sal appears to be remarkably similar to Samekichi. His white hair is slightly long and messy and his dorsal fin protrudes from the top of his head. He wears a white suit accented with light gray. Six buttons are visible along the front of his suit. His shirt is dark gray and his tie is black. He also wears white pants, black shoes and black gloves.

In the alternative universe, he wears a gray turtleneck sweater, a dark brown jacket, and light brown pants.

From his early life, as stated below, he was a innocent and normal person, he and Samekichi both got along well, until his mother died from battling depression, which corrupted him and destroyed his mind.

At the beginning of the game, he seems to have an innocent, very kind, and warm personality. However, after he reveals his position as the ambassador of the Sea of Death, his true nature is exposed. He is psychotic, narcissistic, sadomasochistic, violent and mentally unstable. He is also shown to be a sore loser when things don't go his way but not only that, Sal is also proven to be a total coward and a weakling, since he didn't have the guts to kill anyone in a fight and instead he leaves Wadanohara to die of blood loss by stabbing her and running away to his own fate and left defenseless, confirming that Sal can also be easily defeated.

He has a deep, twisted love for Wadanohara, paralleling his brother's deep and honest love for her. He seems to be quite jealous of Samekichi, saying things like "Is he that good to you?" and getting visibly shaken after Wadanohara mentions Samekichi. Sal also possibly shows some misogynistic views.

Before the events of Wadanohara and the Great Blue Sea, Sal born as Shiranami, he was a normal person who resided in a family with his brother and Namikaze his mother along with Namiho in a island, he and Samekichi both got along during this time but however Namikaze was battling depression until the depression took over causing her to commit suicide offscreen. Following Namikaze's suicide, this was one of Sal's motives on joining the Sea of Death, sinking his soul and corrupting and destroying his mind and personality into darkness and becoming corrupted by Mikotsu.

During the events of Wadanohara and the Great Blue Sea, Sal isn't Seen until Deep Sea Town, He compliments Wadanohara and talks to her for a bit, later in the late game, when the war broke out where Princess Tosatsu surrenders, Sal destroys the pearl as part of his plan, Sal shows his true nature, and he starts a war, leading to both Blue Sea and Tosatsu kingdom to fend off for themselves

In the final parts of the game, Wadanohara does nothing which upset Sal leading him to stab Wadanohara and leaves her to die of blood loss and Sal runs off to save his own skin, with Sal thinking he can get away with it, however it backfires as Samekichi intercepts and excutes Sal under his own request to be executed, Samekichi accepted, the screen then turns black with Samekichi executing Sal (possibly by beheading him with the sword or slaughtering him) offscreen, Sal finally dies for all of what he have done, crippling the Sea of Death's power, rendering the Sea of Death leaderless which also placing a end to the psychotic sadomasochist and his reign of terror for good. This also resulted into a victory for the Blue Sea and Tosatsu kingdom. and leading the Sea of Death Kingdom to be destroyed for good.

Even after Sal died, Wadanohara has developed PTSD after the events of the game, but thankfully she managed to quickly recovered from it and made a full recovery from the stab wound.

Sal is implied to be cremated after his death, along with his father Old.

Wadanohara would sacifice herself with her father's staff which permanently sealed the Sea of Death resulting the Sea of Death to be destroyed and its residents to die, possibly by starvation, Samekichi possibly commits suicide after that.

Not much is told about by Deep Sea Prisoner on what happened after Sal's defeat and death, one can assume that after the events of Wadanohara and the Great Blue Sea, after peace was restored in post-war, Sal was remembered as a terrorist and a traitor, and was posthumously disowned by both Uomihime's Court and the Great Blue Sea, Samekichi is later found innocent, long after the war and Sal's death, Wadanohara had become pregnant and gave birth to her son Minmai (posthumously making Sal a uncle).

In the epilogue, Samekichi talks to Namiho (the aunt of Sal and Samekichi) and possibly gave the urn with Sal's ashes, as he explains that he failed to save Sal's soul and had to end his life, While Namiho explains that she should be the one that's sorry, Namiho comes to her sister's grave, shows aggression towards Sal and berates him, and leaves the two while telling them both to rest at last, its implied after that, Namiho placed the urn containing Sal's along with Old's ashes in a secure place. 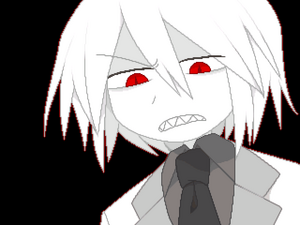 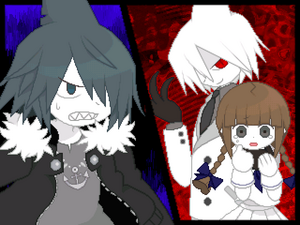 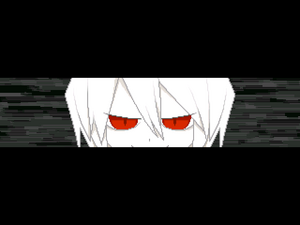 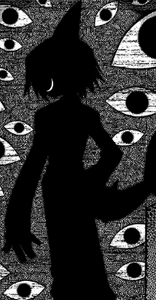 Sal's possible silhouette in the manga. 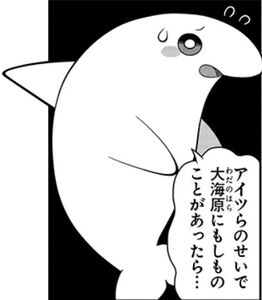 Sal in the manga.

Sal as a innocent child.

A young Sal when he joined the Sea of Death. 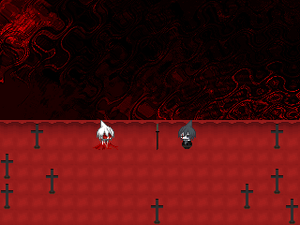 Sal about to meet his deserved defeat. 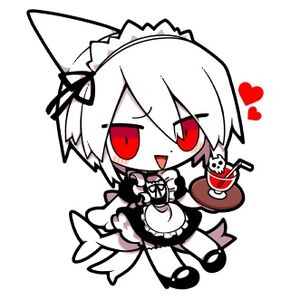 Sal as a maid.
Add a photo to this gallery 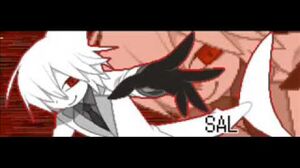 Wadanohara and the Great Blue Sea OST - It Was Meee! 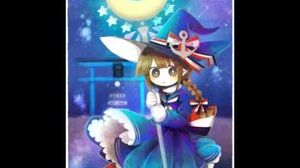 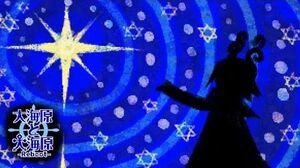 Wadanohara and the Great Blue Sea - REBOOT - What Happened to Sal? Bonus Scenes 1
Add a photo to this gallery

Retrieved from "https://villains.fandom.com/wiki/Sal_(Wadanohara)?oldid=4221590"
Community content is available under CC-BY-SA unless otherwise noted.