Villains Wiki
Register
Don't have an account?
Sign In
Advertisement
in: Mature, Video Game Villains, Friend of a Hero,
and 22 more
English

Caporegime in the Salieri crime family

Doing jobs for Ennio Salieri with Tommy and Paulie.

Sam Trapani is the tritagonist-turned-secondary antagonist and the final boss of Mafia: The City of Lost Heaven, and it’s 2020 remake. He is the best friend of the game's protagonist and playable character Tommy Angelo, as well as Paulie Lombardo and they feature in several missions together.

He was voiced by Matt Servito in the original game, and by Don DiPetta in the remake.

At the beginning of the game, set in 1930, he and his friend Paulie were being chased down by rival gangsters under Don Morello. They come across taxi driver Tommy Angelo after they crash their car, and force him to help them escape from the gangsters. After succeeding, Tommy drops off the two men at a bar owned by their boss Ennio Salieri and Sam pays him for the damage for the car and tells Tommy that if he needs anything he can come to them. However in Tommy's mind, he isn't interested as he doesn't want to be sucked into a life of crime, but that was soon to change.

The next day Tommy is tracked down and chased by Morello's men for helping their rivals. In desperation, he heads to Salieri's bar for assistance, and the two thugs after him are killed and disposed of. After being fired from the taxi company for being afflicted with criminals, and with nowhere else to turn, Tommy changes his mind and is welcomed into the family. Their first big job together was heading out to a bar in the countryside to collect protection money, but everything went sour when Sam and Paulie were injured. However, Tommy managed to kill all the thieves betraying them.

In 1933, Sam heads out to the country along with some of Salieri's men to pick up a whiskey shipment, however, they end up being attacked and Sam is captured. Tommy rescues Sam, and he is brought to a doctor and treated.

In 1935, Sam is sent with Paulie and Tommy to assassinate Don Morello at the opera, but it ends early forcing the trio to chase Morello down.

In 1938, they are sent to steal a shipment of cigars. Before doing this, Paulie proposes that they should rob a bank and make some money on the side. Feeling loyal to the family, however, Sam turns down the offer and so does Tommy, which leads to Paulie accepting it and telling them to forget about it.

However, when Tommy and Paulie discover that the shipment was hiding diamonds that Salieri refused to tell them about, they decided to rob the bank without Sam's assistance. But when it was discovered they were responsible, Paulie was killed (which was hinted to be the Sam's doing) and Sam lured Tommy to the city art gallery with the promise of helping him. But Sam betrayed Tommy and had his guys waiting to kill him. Tommy shot through Sam's men, and the pair faced off in a gun battle. Sam was injured in the gunfire, and attempted to escape but was shot by Tommy. In his final moments, Sam told Tommy that he will never be able to hide from Salieri's men, and one day they will get him. Tommy then shoots Sam multiple times, finally killing him. 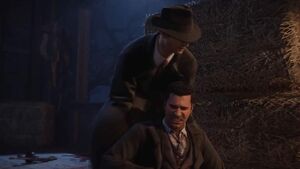 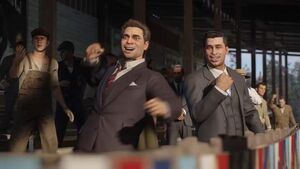 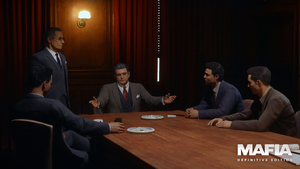 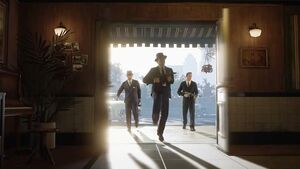 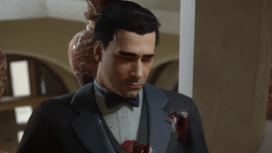 Sam's death after being shot by Tommy in the remake