Killing people who break the rules of Halloween.

Enforce the rules of Halloween.

He was played by child actor Quinn Lord in the film.

Sam appears as a seemingly innocent young trick-or-treater, dressed in orange footy pajamas with yellow patches sewn on the front and tattered brown gloves. His large, round head is covered by a simple burlap mask tied around his neck, with black button eyes and a stitched-on grin. Once his mask is removed, however, it reveals his demonic nature- his bald, bulbous head is covered with sickly orange flesh, and has a wide mouth full of sharp, crooked teeth. Combined with his black, angular eye sockets and a triangular hole where his nose would be, Sam's head resembles a traditional jack-o'-lantern. He also carries around a large burlap sack full of candy, razor blades, and possibly a live cat. When shot and dismembered, Sam's insides are shown to be made of pumpkin guts.

Sam is the spirit of Halloween night, symbolizing both its innocent whimsy and underlying darkness. He appears in a different town every year on Halloween night, ensuring that the Halloween spirit is kept alive and punishing those who would ignore or defy the ancient traditions, often in a sadistic and ironic fashion tailored specifically to his targets. His weapons of choice are a large jack-o'-lantern lollipop (bitten into to create a shiv) and later on in the film, a chocolate bar with a razor blade sticking out. Even unarmed, Sam resorts to clawing and biting his victims.

Despite his sadistic and amoral nature, Sam is shown to give mercy to those who change their ways and respect Halloween- just before he stabs Mr. Kreeg, he is placated by a chocolate bar Kreeg uses to block his attack and leaves the house, believing this counted as trick or treating. Later, Kreeg is shown giving out candy to kids he once scorned as Sam watches from a distance as if to warn him that Sam will be watching.

Unfortunately for Kreeg, despite Sam sparing him, he is still found and killed by the zombies of the troubled kids Kreeg killed on the bus. 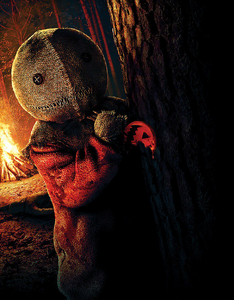 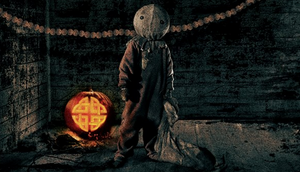 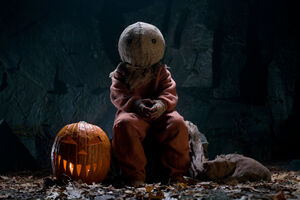 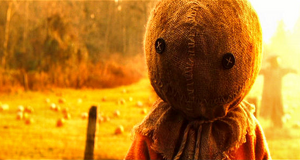 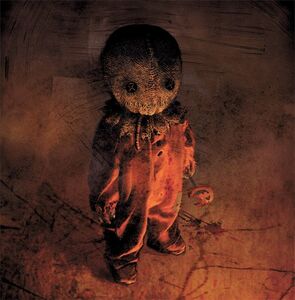 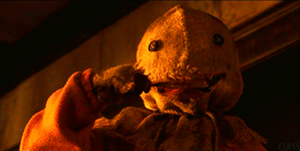 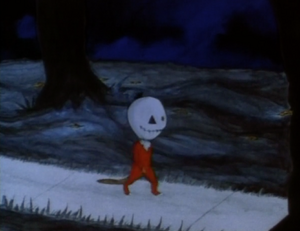 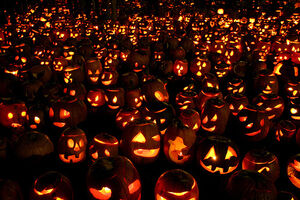 A possible description on what Sam's plane of existence looks like.