Abusing his son Norman and his wife Norma.

Samuel "Sam" Bates is an antagonist in the TV series Bates Motel, the contemporary adaption of Robert Bloch's Psycho, and it's film adaption by Alfred Hitchcock. He appears as the abusive husband of Norma Bates and father to her son Norman Bates, and ends up dying at the hands of the latter. He is the overarching antagonist of the series.

He was portrayed by David Cubitt.

Sam Bates met Norma Calhoun when the latter cheated on her then husband, John Masset. She divorced him after the affair was discovered and married Sam. He was an abusive alcoholic who beat Norma, and was sometimes abusive towards their son Norman, and Norman's half-brother, Dylan. He would get drunk and attack them on a regular basis, to the point where Norma would take Norman and hide in the closet, telling the boy that they were playing hide and seek.

It is revealed in the later seasons that Norma did try to leave with Norman when he was 7, but Sam caught them and forced Norma at gun point to drive them all home. After they got in the driveway, Sam threatened to kill all of them and himself. Norma begged forgiveness, so Sam took her into their room and raped her on the bed, with Norman hiding underneath and holding his mother's hand during the assault. It is implied that this trauma is what led to Norman developing Dissociative Identity Disorder.

One day, when Norman is 17, Sam flew into a rage and starts hitting Norma in their living room. In the next room Norman overhears the commotion, and goes into a kind of hypnotic trance. While in this state, Norman strikes Sam across the head with a blender, killing him instantly. Norma puts Norman to bed, and sets up the death to look like a household accident. Norman later awakens and discovers his father dead.

Six months later, Norma uses the money from Sam's life insurance to buy a motel with Norman. Her other son Dylan (and Norman's half-brother) initially believes Norma is responsible for Sam's death, but she reveals that Norman committed the crime, and that they now must both protect him.

Sam could be considered the Greater-Scope Villain of the series given it was his abusive nature that led to Norman's mental illness. He was a cruel, heartless, and abusive man whose behavior only worsened with his alcohol addiction. He was also an expert manipulator, given according to Dylan, he could fake being a loving father/husband around others, which caused people to actually mourn his death.

Although despite his ruthless behavior and constant abuse of his family, Sam did seem to love Norman to some degree-given one time when he passed out on the kitchen table drunk, he woke up while a young Norman was getting a glass of water and gave him a hug, apologizing to him and telling him he loved him. It's also briefly stated by Norman that he'd sometimes let him sleep in the same bed with him when he wasn't in Norma's bed. Whether or not Sam was always the way he was or was more influenced by alcohol than anything else, he was nevertheless a violent person who left scars on his wife and son after his death. 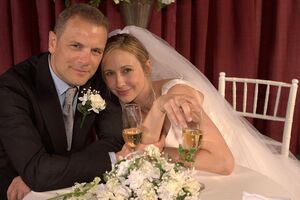 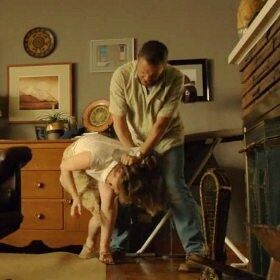 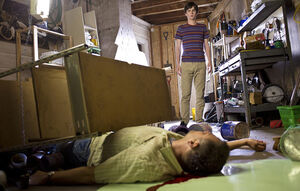