Sid and Sam Sleaze are the main antagonists of the 1985 Sesame Street film Follow That Bird. They’re brothers who ran a fraudulent circus called the Sleaze Brothers Funfair.

Sid and Sam Sleaze were known to be running their funfair through unethical methods such as extorting their customers for profit. This was shown when a little boy was stuck at the top of the Ferris Wheel, they coerced him to pay a nickel to get down, much to his anger.

After stealing an apple from the boy's lunch box and sending him away, Sid and Sam learn of Big Bird's disappearance from the local newspaper, plan to capture him and exploit him as their star attraction for profit. Upon spotting him walking down a street not far from Ruthie's farm where he spent there for the night, after having avoided Miss Finch who followed him from Ocean View to bring him back to the Dodos and prevent him from returning to Sesame Street in New York, Sid and Sam drive their truck in an effort to use a big net to capture him. However, he avoids it by bending down to look at his feet before disappearing, much to Sid and Sam's dismay.

Eventually, Sid and Sam finally catch Big Bird running through the outskirts of town, and they trick him into hiding in a large cage, which they lock him in. Upon realizing their true colors, he angrily objects and demands to be released, but they refuse and paint him blue instead, dubbing him as the "Bluebird of Happiness". They then force him to sing to customers, even though he does so in a sadder tone as he misses living on Sesame Street. This causes Sid to cry himself.

As Sam takes delight in obtaining money from the customers of Big Bird's performance, two little children notice how sad Big Bird is, and on his advice, they go to a pay phone to inform the citizens of Sesame Street about his current whereabouts.

When the citizens of Sesame Street are trying to free him, Sid and Sam soon learn of this upon hearing Grover's shout (who tried to tear the cage bars open), so they drive off in their truck with Big Bird still in the cage in an attempt to prevent them from bringing him back to Sesame Street and make sure Big Bird will be kept in their fair and their star attraction forever. Fortunately, Gordon and his sister, Olivia, use their Volkswagen to rescue him just as a state trooper arrives to force Sid and Sam to pull over. Having been informed by the boy about what they did to him earlier, the state trooper arrests them on the charges of theft, counterfeiting, extortion, fraud, impersonating a dentist, and stealing the boy's apple. Sam lies right in the state trooper's face, saying that they were holding the apple "for a friend", and Sid agrees. However, the state trooper isn't fooled as he says that they can tell that to the judge, to which Sid bawls like a child. The annoyed state trooper tells him to "be a man", but he refuses. As he continues to cry, Sam yells at him to shut up, but that only makes him cry even harder.

It’s implied that Sid and Sam were sent to prison for their crimes and their funfair was shut down while Big Bird happily returns home to Sesame Street, reunites with his friends and finally convinces Miss Finch that it's his home. 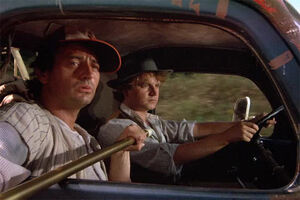 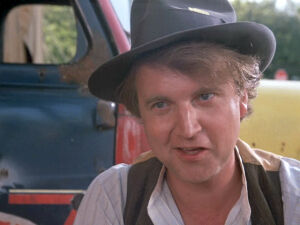 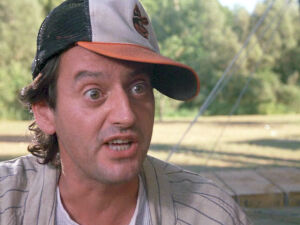 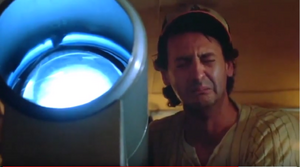 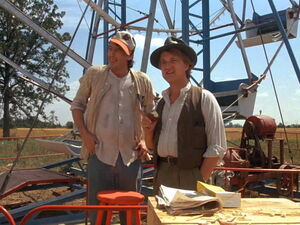 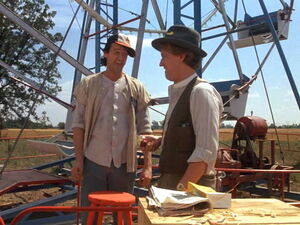 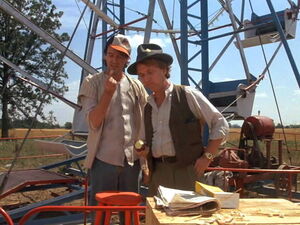 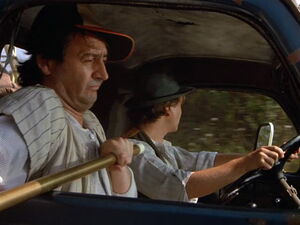 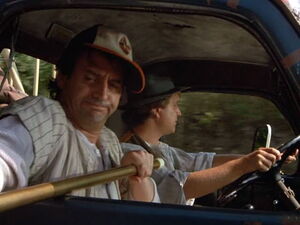