He appeared on screen announcing that everyone will be eating fish instead of chicken this Christmas because if they have chicken well they get punished.

A while later he appeared at the exact location where Touma is making chicken that's been brought from Paris because this was used as a trap so Samon battle Patren1gou and Noel. He used his food recipe to put these two police to have fish, but to their response was firing a couple blast at Samon right at the feet of the thieves where they gained access to his safe (which his password is 4-1-9) and got Une faim de loup (which translate as "The wolf's hunger") Wolf Head Paperweight. After that he was then taken out by the thieves and Police.

However thanks to Goche Ru Medou she enlarged him and a couple of Porderman to battle the Megazords. After that he was then destroyed by the Christmas-themed Megazords. 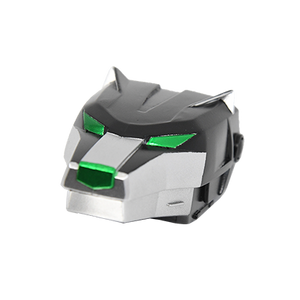 Retrieved from "https://villains.fandom.com/wiki/Samon_Shakekisutanchin?oldid=4121524"
Community content is available under CC-BY-SA unless otherwise noted.