To eat Aladdin and his friends.

Monster
The Sand Shark (also known as "The Beast" and "The Shark") is the giant minor antagonist shark in the Aladdin TV series.

Raiders of the Lost Shark

The Sand Shark, or the Beast as Merc calls him, is first seen going around Agrabah on a rampage. Merc has Aladdin and his friends help him capture The Shark and he uses Abu and later Jasmine as bait for the beast to eat him.

When the shark gets out of the sand and flies over Merc's ship, everyone sees that his chest is covered with treasure.

When the gang goes back to the palace, they tie the shark in front of him. The next morning, Merc frees the shark and he swims away.

Merc is going after the shark and about to throw his harpoon at him. But the shark then gets caught by a tribe of rat-like people's harpoons and he gets eaten by them. Only the shark's bones are seen for the rest of the episode. Aladdin, Abu, and Merc use the shark's bones as a new ship since Merc's old one got wrecked to go rescue Genie from the rat people's hostile leader, the Shaman. 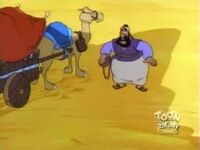 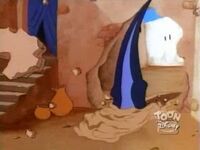 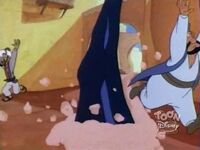 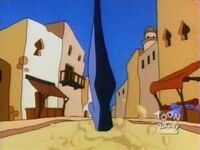 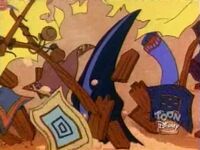 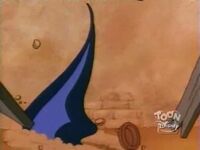 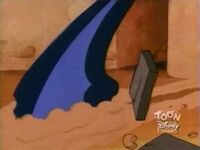 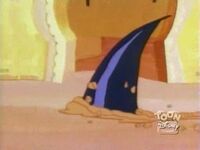 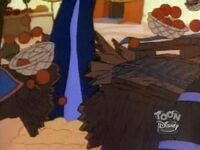 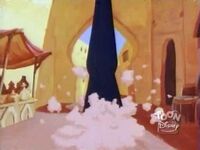 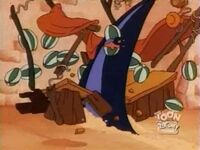 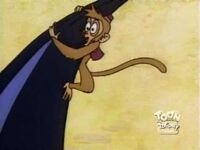 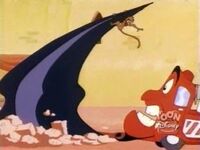 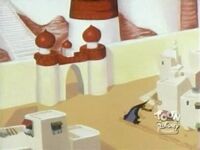 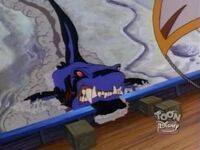 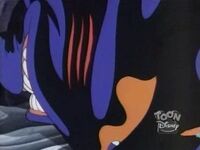 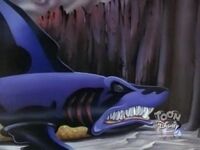 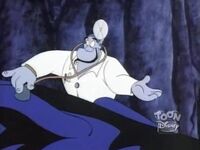 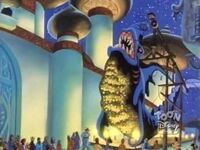 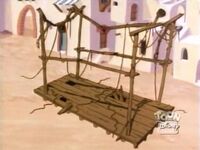