To get the "big score" (failed)

Mutated Supervillain
Flint Marko, also known as the Sandman, is one of the supporting antagonists of the animated TV series The Spectacular Spider-Man.

He was a petty criminal alongside his partner Alexander O'Hirn (who became Rhino) who became the Sandman.

He was voiced by John DiMaggio who also played Hammerhead in the same series, Dr. Drakken in Kim Possible, Brother Blood in Teen Titans, and the Joker from Batman: Under the Red Hood.

Sandman was a petty criminal motivated by money and also wanted revenge on Spider-Man who always kept humiliating him and Alexander O'Hirn. However, he is not truly evil seeing as that he scared away some bullies from a little girl and made a sandcastle for her and that he also helped save some workers on an oil tanker.

Flint Marko along with his partner, Alexander O'Hirn were petty crooks who worked for Tombstone but were always caught and humiliated by Spider-Man. However, he is later used as a guinea pig by Norman Osborn, Dr. Otto Octavius and Hammerhead to be given armor but it fails and instead gives him sand powers. Refusing to get revenge on Spider-Man, Sandman uses his powers for the "big score". He defeats Spider-Man the first time and is forced to escape without the loot. However, Spider-Man defeats him in their second battle when he drops Quick Drying Cement on him which causes him to be encased and sent to prison.

Later he helped in the prison break of all the villains Spider-Man had put away, then joined the newly created Sinister Six.

The Six preceded to fight Spider-Man. After Spidey was forced to retreat, Sandman was seen having dinner with the rest of the group. By the end of their meal, they had agreed Spider-Man had to be gotten rid of. In the rematch, he was defeated when the symbiote-controlled Spider-Man used Shocker's gauntlets to disable him.

During the Master Planner arc, he was somehow broken out of prison.

With the new six-now minus Doc Ock and Shocker and gained Mysterio and Kraven the Hunter, they attempted to fight Spider-Man again. Sandman gets teamed up with Rhino during the fight. However, he is once again beaten, blasted by water which turns him into mud, then frozen.

After having learned to control his powers, he then helps rob an oil tanker to get he "big score". After a fight with Spider-Man, they are both forced to save the men on the oil tanker with Sandman seemingly sacrificing himself to stop the exploding ship. Spider-Man believes him to be dead but Sandman is revealed to have survived.

It is unknown what happens to him after the series got cancelled. 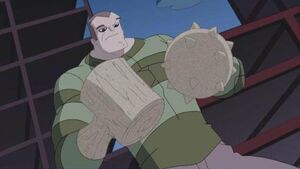 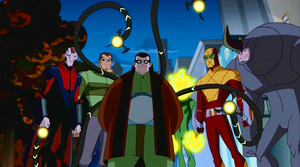 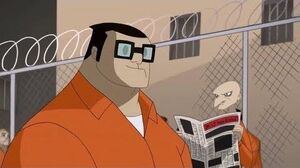 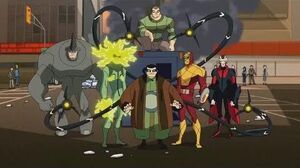 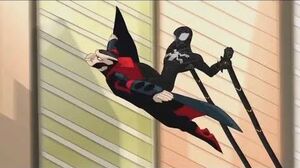 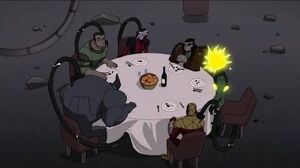 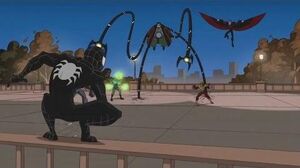 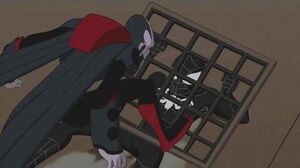 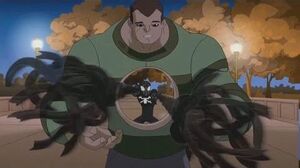