Sandra Conway is the main villain from Lifetime's 2016 film, I Didn't Kill My Sister.

She was played by Ona Grauer.

15 years prior to the film's events, Sandra was interviewed by anchorman Mason Campbell, when her husband mysteriously died in a car accident. Since then, Sandra and Mason began an illicit affair, leading to Mason filing for divorce from his wife, fellow news reporter Carmen Campbell. Sandra wanted desperately to become Mason's wife, even dragging Mason into her plot to kill Carmen and tamper with her will so they would inherit her fortune.

The film's opening shows Carmen's death, which was revealed to be caused by the wine she was drinking; it was poisoned by Sandra. As part of the plot, Sandra and Mason planned to frame Carmen's sister, Heather (the main protagonist) for the murder, but once Heather was getting close to the truth, the evil Sandra broke into Carmen's home and killed Heather's lawyer, Wayne Hamilton; doing so with a trophy to Wayne's head. The plan leads to Heather becoming a suspect, but once Sandra and Mason met up once again, Sandra suggests to Mason that they should kill Heather, which Mason is reluctant to do. Unbeknownst to them, Heather caught the duo together on video, and she went on TV and outed their scheme and affair. Sandra and Mason catch Heather backstage, leading to Sandra attempting to kill Heather with a pair of scissors. Sandra attempts to claim self-defense, but she and Mason end up arrested. 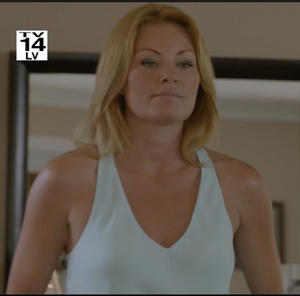 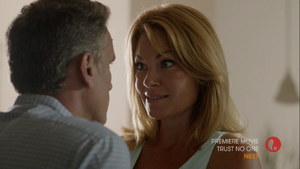