The Sandworm is a large snake-like monster that appeared as a major villain in the 1988 live-action movie Beetlejuice. It is a type of creature that lives on Titan, a dusty moon for Saturn. At the end of the film, It eats Beetlejuice.

While they don't speak, there is a interesting cartoonish reaction when one is hit. Seems as through they have the personality like a dog. 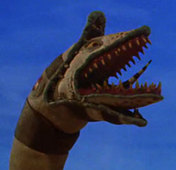 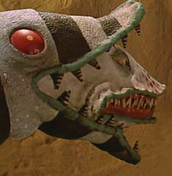 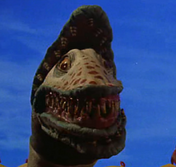 Sandworm eats Beetlejuice
Add a photo to this gallery
Retrieved from "https://villains.fandom.com/wiki/Sandworms?oldid=241076"
Community content is available under CC-BY-SA unless otherwise noted.