Try to spend time with his wife.

Working as an associate for Eichhorst.
Watching over his business.

Aid The Master in his plans.

Survive The Master's orders (both failed).

He was portrayed by Cas Anvar, who also voiced Mullah Rahmaan in Call of Duty: Black Ops II.

Sanjay Desai is a Stoneheart employee and subordinate of Eichhorst. He also has a wife named Selah.

Desai first appear in the episode "Madness", He and Eichhorst walks in Palmer's office, Palmer stops the video to see them, once Eldritch Palmer got up he fainted onto the ground. Eichhorst calls the nurse. once the nurse shows up, the nurse asks some help, Desai helped him up. Desai tells him that they don't have to do the meeting if he's sick. Palmer asks who he was, Desai introduces his name as Sanjay Desai, a associate of Eicchorst. Palmer said that the ship from Egypt left. Palmer asks Eichhorst what was on the ship that is so important. Eichhorst tells Palmer when the ship arrives he will alert him and Desai, right before Desai and Eichhrost left the office.

Eichhorst inspects the processing plant for harvesting human blood. He is displeased that Sanjay Desai and his assistant have tested the system with human analogs rather than live subjects; Eichhort brutally tests the system on the assistant, killing him in the process. Later, Fet and Setrakian invade the processing center, but Eichhorst, Desai, and their subordinates escape with the cargo.

Meanwhile, Palmer and his security team locate the Aurora Cutlass cargo and capture Desai and lock him up.

Later in the episode, Desai is release and is seen with Eichhorst on a boat, having friendly conversation. Meanwhile, When Zach presses the button to detonate the nuke, Desai and Eichhorst are in a lethal car crash. Once Eichhorst gets out of the car, Desai is left behind.

Following the nuclear explosion (now dubbed Illumination Day) Desai became a key member of the The Partnership, a new regime controlled by the strigoi that governs over the surviving humans.

Dutch is held captive in a facility run by Desai where women whose blood type is B+ are used for breeding.

Eichhorst orders Desai to shorten the womens' pregnancies to six months so they can produce two infants per year. Infant B+ blood is a strigoi delicacy. Desai forces Dutch to coach women during their deliveries. Later, at the birth center, Dutch attacks Desai and takes his key card. While attempting to escape, she accidentally runs into the processing facility where humans' blood is being drained.

Belly of the Beast

Later, Desai looking the women, then Eichhorst walks in tells Desai check his records. Desai tells Eichhorst where Setrakian was, Desai then asks him what to do with Dutch. Eichhrost tells him to hold her, then tells him to drain her afterwards.

Fet, Quinlan, and Roman land in Long Island and head to Manhattan with the nuclear warhead. To stop them, Desai destroys all bridges and tunnels into Manhattan.

After Desai was capture, he was interrogated by Fet and Dutch. He reveals the Master's location when Quinlan threatens to drain his wife. When the Master arrives at the hideout, he berates Zach for his failure. Desai falsely tells the Master that his wife was the one who betrayed him, but he knows he's lying and kills them both. 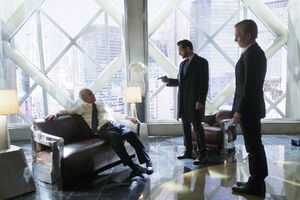 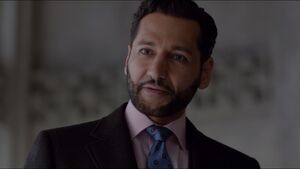 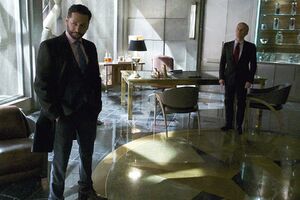 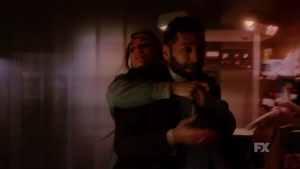 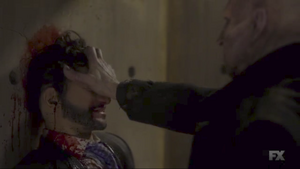 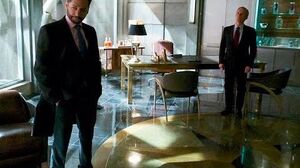