Making ropes and Chrustmas lights come out of his mouth.

Eat all of the bad children

Santa Claus is the main antagonist of "The Stocking Filler". Santa is a demon in a sock with a big nose, he has two rows of very sharp teeth, a white beard, and a Santa hat. He attacks Will after Will decides to peek into his present and Santa eats him after.

Santa had been eating many children who peeked into their presents before Chrustmus.

Will sneaks up to open his Chrustmus presents and looks into his sock, seeing an eye. Santa comes out and asks Will if he was a good boy. Will asks Santa if he came for him. Santa then wraps his tentacles around Will and starts strangling him. Chrustmus lights start wrapping around Will and Santa eats him. Santa retreats back into his sock, waiting if any other victims would come.

Santa is a worm-like creature in a sock with a Santa hat. His nose is big and his beard is white. He has two rows of sharp teeth he used to swallow Will. 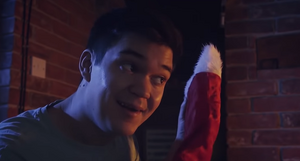 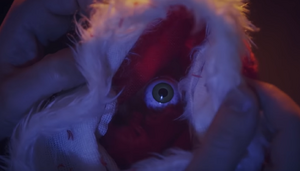 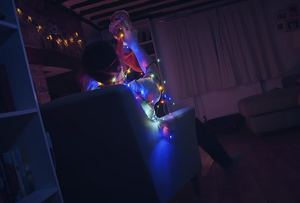 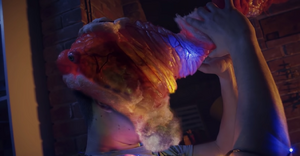 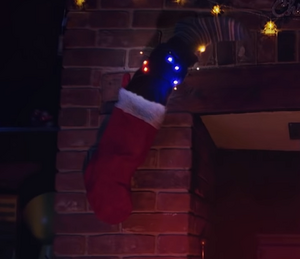 Add a photo to this gallery
Retrieved from "https://villains.fandom.com/wiki/Santa_Claus_(The_Stocking_Filler)?oldid=3669144"
Community content is available under CC-BY-SA unless otherwise noted.