Sarah Danlin is the main antagonist of the Criminal Minds episode "Jones". She is a serial killer who preys on drunk men during Mardi Gras, seducing them, and then torturing and murdering them. She models her murders after those of the legendary, unidentified serial killer known as "Jack the Ripper".

She is portrayed by Simone Kessell.

Danlin is a medical student based in New Orleans, Louisiana, who was gang-raped in a bar called "Jones" in 1998 during Mardi Gras. She filed a police report, but the case went nowhere because one of the investigating detectives, J.R. Smith, was a family friend to one of the rapists, and so bullied her into dropping the charges. Irreparably traumatized, Danlin grew to hate all men - except for Smith's partner, Detective William LaMontagne Sr., who was kind to her and made a real effort to find her assailants - and became obsessed with taking revenge against the entire male sex. She also became fixated on the crimes of Jack the Ripper, seeing him as a role model for the murders she wanted to commit.

She began killing in 2005, luring a drunk man to her apartment in the French Quarter with promises of sex, only to incapacitate, torture, and kill him. She uses her medical training to eviscerate the man in a way that would cause him the most suffering.

She began killing men regularly, following them from bars, including from Jones, seducing them to an enclosed space, and killing them. She carves the word "Jones" into a nearby wall, referencing the place where her trauma originated. She also sends taunting letters to the police in another imitation of Jack the Ripper. Ironically, LaMontagne, who had transferred from sex crimes to homicide, was the chief investigator on the case. After he died during Hurricane Katrina, his son, Will Jr., took over the case, and eventually asked for help from the FBI's Behavioral Analysis Unit (BAU).

Danlin, meanwhile, briefly moved to Galveston, Texas, where she killed another man using the same M.O.

In 2007, Danlin returns to New Orleans and restarts her killings in the French Quarter. After she kills her sixth victim and removes his internal organs, the team realizes she is copying Jack the Ripper.

Will Jr. pores through his father's notes on the case, and finds recurring references to "Jones" - which, with the help of BAU agent Jennifer Jareau, he realizes is a reference to the bar. They talk to Smith and find out about the rape that occurred at Jones, and theorize that Danlin, the victim, is the killer.

They track her down to a motel, where she is about to kill a man she seduced. Held at gunpoint with a knife in her hand, Danlin begs them to kill her. Will buys time by telling her about his father's death, and how much he had cared about getting justice for her. Danlin bursts into tears, and surrenders. She is then presumably incarcerated or institutionalized.

Upon taking the case, the BAU forms a basic psychological profile of the killer: a "wound collector" whose rage is fed by a series of real or imagined slights. They theorize that the killer is an attractive woman with a history of sexual abuse, possibly at the hands of her father or a father figure. She seduces and kills men to get revenge for the trauma she suffered, using sex as a lure in order to regain her femininity and feel a sense of power in her attractiveness. She identifies with Jack the Ripper, whose identity has never been discovered, because she feels she has lost her own identity as a result of the abuse.

While much of this profile turns out to be correct, it is left ambiguous whether Danlin fits all the criteria; for example, it is never revealed whether she was the victim of sexual abuse prior to being raped. 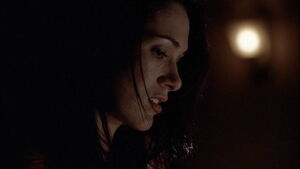 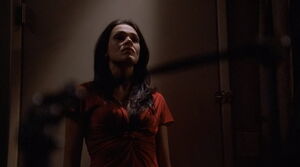