Enforcer
Sarina Sonoda is a major antagonist in Kamen Rider Fourze. She was a teacher at Amanogawa High School. Initially perceived by her fellow teachers and students to be a paragon of educator who quickly gets along well with her students due to her sweet disposition in addition to genuinely seemed to be concerned with Gentaro and Kengo's reckless behaviors, these turn out to be all ruse as she is revealed to be the Scorpion Zodiarts of the Horoscopes who seeks suitable hosts to Zodiarts Switches. Her true personality is a hateful, shady and hypocritical entity.

She was portrayed by Yuka Konan. As the Scorpion Zodiarts, she was voiced by Eiji Takemoto.

Prior to becoming a teacher, Sarina Sonoda was once a student at Amanogawa High School until she met Kouhei Hayami and was given a Zodiarts Switch that allowed her to transform into the Canis Minor Zodiarts. After using it several times, her Switch entered its Last One State. In order to fully evolve, Sonoda threw away her humanity and her Switch and had her Zodiarts form evolved into the Scorpion Zodiarts.

After becoming a member of the Horoscopes, Sonoda became a teacher at Amanogawa High School and began searching for students that have the potential to become the remaining eight members. She first introduced Gentaro to the class on his first day, expressing her dismay of both him and Kengo leaving class as she would occasionally speak with Mr. Ohsugi about them and the eventual members of Kamen Rider Club.

Sonoda assumed her Zodiarts form to fight Kamen Rider Fourze and keep him from interfering with the Chameleon Zodiarts' revenge on Miu during the Queen Festival. After Chameleon was defeated, Gamou told Sonoda not to destroy Fourze, as he believed Fourze could facilitate the Zodiarts' evolution.

After being authorized to kill Fourze, Ms. Sonoda was tasked with getting Toshiya Miura to use a Zodiarts Switch again, knowing the powerful addiction the former Orion Zodiarts now had. The Scorpion Zodiarts injects her venom into Gentaro to keep him from interfering, but Miura remembers what Gentaro told him about his life and rejects the Zodiarts Switch. Enraged by Miura's refusal, the Scorpion Zodiarts uses the power she received from Gamou to become Scorpion Nova and fights Fourze, who recovered from the venom. After propelling her into space, Fourze defeats her with the Rider Rocket Drill Great Space Kick, sending her back down into Earth. After crashing back down, Ms. Sonoda is taken back to the Horoscopes lair by the Libra Zodiarts, who uses his illusion powers to conceal her identity.

For her failure, Sonoda was forced to give up Scorpion Switch, with Hayami taking on her duty as the distributor of Zodiarts Switches. After Kamen Rider Meteor appeared, Ms. Sonoda manages to convince Gamou to give her a second chance and return her Zodiarts Switch. After the defeat of the Lynx Zodiarts, Scorpion goes to fight Fourze but Meteor arrives and easily defeats her, knocking her out of her transformation. The Libra Zodiarts then teleports her back to the Horoscopes' lair where Gamou tells her she is of no more use to the Horoscopes and prepares to have the Virgo Zodiarts banish her to the Dark Nebula. Sonoda pleads for another chance to no avail as Virgo creates a vortex to suck her in, leaving only her Scorpion Switch on Earth.

Gamo and the Horoscopes covered up Ms. Sonoda's disappearance by claiming that she was on leave due to a health problem before saying she had had an early retirement.

It is later revealed that Sonoda was sent into suspended animation in the M-BUS just like the others sent to the Dark Nebula by Virgo Zodiarts. 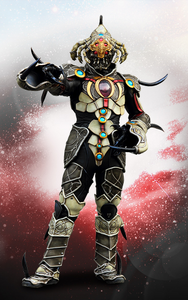 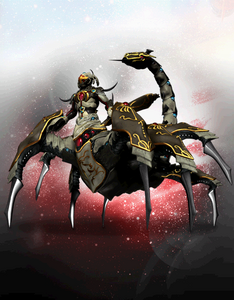 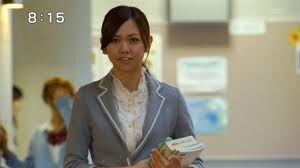 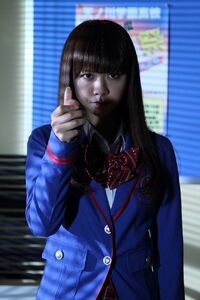 Sonoda as a student of AGHS in the past. 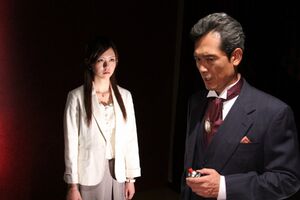 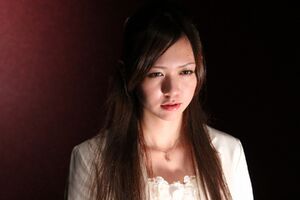 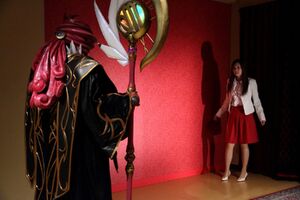 Sonoda about to be punished by the Virgo Zodiarts for letting her identity be revealed. 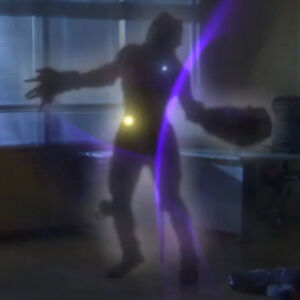 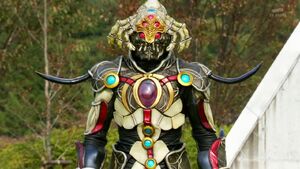 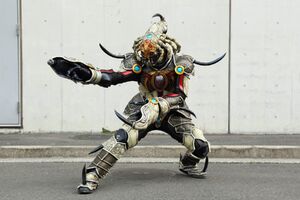 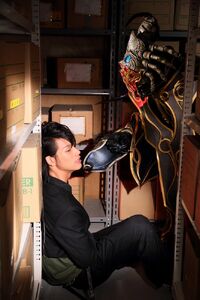 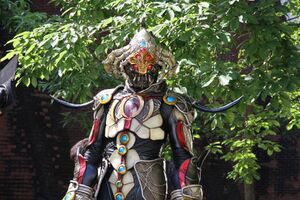 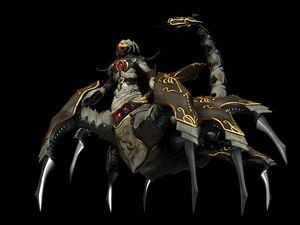 The front of Scorpion Nova. 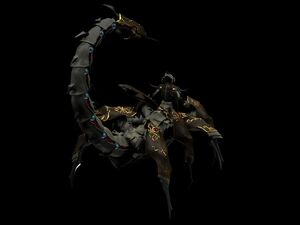 The back of Scorpion Nova.