Sasha Boyd was the main villainess from "5 Deadly Sins", the antepenultimate episode of CSI: Cyber.

She was portrayed by Jamie-Lynn Sigler.

Her first victim was Pastor Harrison, who she killed in the beginning of the episode after learning about his rhetoric against gay marriage. Next, Sasha murdered a woman named Nicole Hogan, who posted sexual images of herself on social media. Sasha also went after Ryan Kilmer, a drug addict who posted about drug use on social media. She attempted to kill him by forcing him to overdose on heroin, but he was saved in time by Mundo.

In the episode's climax, the evil Sasha had her next intended victim, Toby Allen, captured in an abandoned theater. Toby had posted a photo of a deceased person at a funeral and posted it on social media, putting him in the Trolling category, and Sasha had him tied up and forced to look at all of the trolling photos. Sasha was set to kill him, only to see that he had disappeared.

At that moment, Avery Ryan and her crew held Sasha at gunpoint, revealing that they had rescued Toby. Sasha ranted about her victims posting the offensive content on social media, and after her rant, Sasha held a gun to her mouth and pulled the trigger, committing suicide. It was revealed that Sasha did not plan to survive her spree, as she put herself in the Violence category and killed herself. 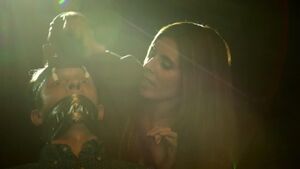 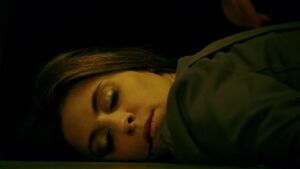