Getting pleasure from being hurt.

Satō's Aunt is the secondary antagonist in the psychological horror manga and anime series Happy Sugar Life. She is the Ward of Sato.

She is voiced by Kikuko Inoue.

Sometime after the death of Sato's parents, she was made to live with her aunt. Unfortunately for her, Sato's aunt was a hedonistic woman who slept around, as well as pleasured herself by allowing others to beat her, step on her, among other things. She is responsible for Sato's warped concept of love.

Afterward, Sato's aunt wasn't seen again. After Kitaumekawa destroyed the body bags as requested by Sato, he became convinced that Sato had actually murdered her. Given how letters assigned to her were sent back, this seemed to prove further that she was deceased. As a result, Kitaumekawa calls for the authorities to inspect Sato's apartment. Surprisingly, a bandaged woman emerges from the doorway, revealing that Sato's Aunt was still alive. Sato attempts to force herself on one of the police officers before being forced off of him.

After Sato's murder of Shouko, Sato convinces her aunt to help her escape with Shio. Despite her flatly telling her that she was a spoiled brat who would make rash decisions in spite of the consequences, Sato's aunt agrees to assist her niece and also learns of what Sato did to her friend. The two manage to pack up and gather a few items for the getaway. While Sato and Shio would escape to a tropical location for their "honeymoon," Sato's aunt would destroy the evidence of the two ever being there.

Whilst pouring gasoline in the room, Sato's aunt is met by Taiyō Mitsuboshi when he informed Asahi that Sato was keeping his sister hostage at the apartment. However, Sato's aunt gets the better of him, and forces herself onto the young man. Given how his encounter with his former manager, this triggers a traumatic episode from the young man. After having her way with the young boy, Satou's Aunt then sets the first floor on fire before escaping. Towards the end of the episode, she is arrested by the authorities for her participation in the arson incident. She is last seen happily confirming she was the culprit on live television. It's possible she was sent to a asylum after that. 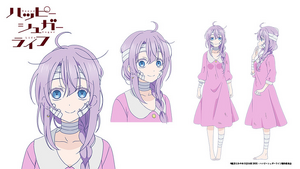 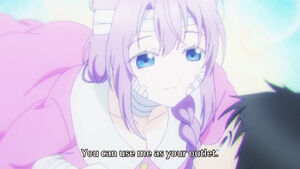 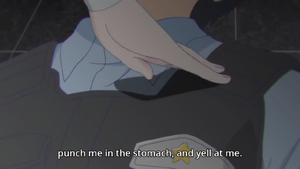 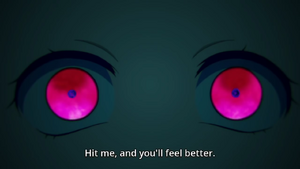 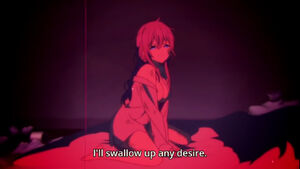 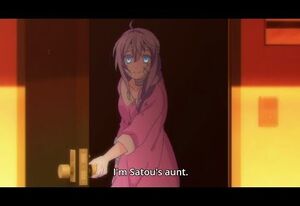 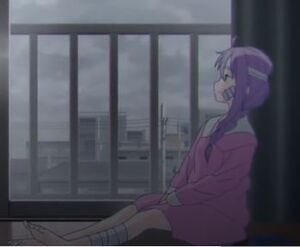 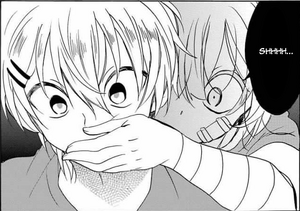 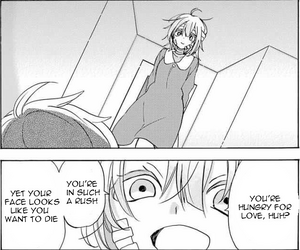 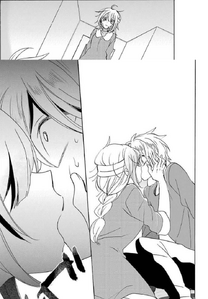 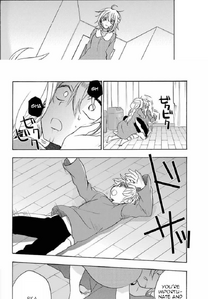 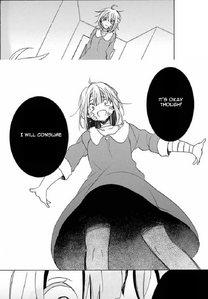 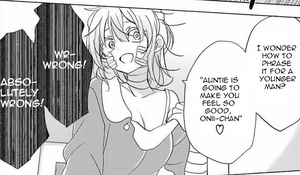 Satō's Aunt about to drop the lighter on the gasoline-drenched floors. 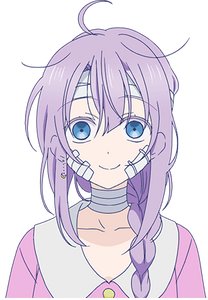 Retrieved from "https://villains.fandom.com/wiki/Satō%27s_Aunt?oldid=4275545"
Community content is available under CC-BY-SA unless otherwise noted.