Have his revenge against God.

Satan is the main antagonist of the manga series Bastard!!. He is the Demon King of Hell itself who attempted to overthrow God, but was banished.

In the past, he was an archangel called Satanel, who was considered a valuable and powerful angel feared by his enemies. Day after day his powers continued to grow to the point that he plotted to kill God and take his place. He later manipulated and betrayed his companions, he challenged God but he ended up defeated and sent to Hell. There, he became its supreme ruler and conjured an army of demons to assist him in his revenge against God. He eventually was informed about a powerful magician called Dark Schneider.

Satan always wears a mask of leather or metal strips with spikes, he also usually wears a pair of leather pants, a set of boots and a top.

Despite his background and role as the main antagonist of the series, Satan is depicted as a comical, flippant, and irreverent individual most of the time. He typically doesn't take situations seriously and enjoys making jokes based on black humor whenever possible.

However, in reality, he is a cruel, sadistic, blasphemous and twisted demon who enjoys torturing everyone within his sight simply for his own macabre amusement.

Satan has an array of powerful abilities such as manipulating atoms, moving across dimensions without difficulty and the ability to devours stars to nourish himself and increase his power. He is capable of escaping from a black hole and created a miniature universe within the palm of his hand. He was also able to easily defeat an vast army of angels with little to no effort. 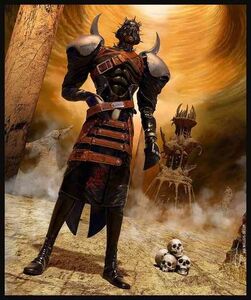 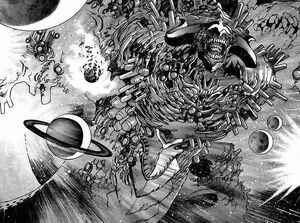 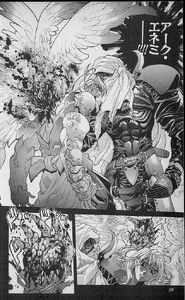 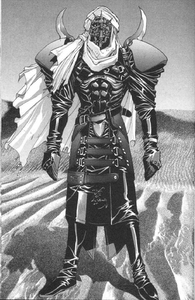 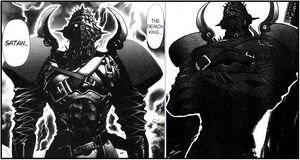