Satan, or The Mysterious Stranger, is a minor antagonist in the 1985 clay animated film The Adventures of Mark Twain.

His voice was provided through a combination of both Michele Mariana and Wilbur Vincent.

They then crafted together a small kingdom and inhabitants, and the Mysterious Stranger brings them to life. While discussing humanity with the children, he sows seeds of discord among his creations, leading to the destruction of the kingdom through greed, showing what he believed humans to be. He then destroys the kingdom with an earthquake, and shows how human life is fleeting and corrupt. His face menacingly peels back into a skull, as he reveals his darkest side and tells the children they are welcome to play with him any time they want.

Satan is defined as a nihilistic entity which is infinite and formless, which can generate illusions and avatars to communicate with others. Due to his immortality and omnipotence, he thinks lowly of mortals and sees them as both expendable and useless. His beings are all bastardizations of human nature and reflect selfishness and violence. This reveals that Satan is a misanthrope who can only see the bad aspects of mankind and believes all humans to be evil and pitiless. He even mocks the more compassionate elements of humanity like mourning the dead or throwing celebrations, and believes everything humans do is pointless. His dialogue and illusions are all carefully patented to crush spirits and extinguish hope. He is also hypocritical as he judges humans for their greed and cruelty despite proceeding to create and destroy lifeforms for his own amusement. 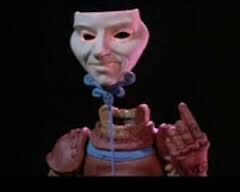 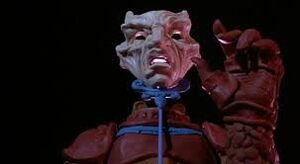 Satan
Add a photo to this gallery

Retrieved from "https://villains.fandom.com/wiki/Satan_(The_Adventures_of_Mark_Twain)?oldid=4358851"
Community content is available under CC-BY-SA unless otherwise noted.