Satoru Akefu is one of the two main antagonists (alongside Jobin Higashikata) in JoJo's Bizzare Adventure: JoJolion.

It is also revealed that Satoru himself is a Stand, powered by the karma of those who witness it, and is implied to have unknown relations with Tooru.

In his first appearance, he tries to meet up with Poor Tom to get the Locacaca branch, disguising himself as a ambulance worker alongside Wu Tomoki. However, he is foiled by Jobin and Tsurugi Higashikata, who give them a pear branch instead. He is later chased after by Josuke and his allies, who he escapes by sending out his stand and hopping on a bus. He is then found at both Mitsuba Higashikata's son's school and nearby their house. Later on, Josuke and Rai Mamezuku decide to ambush the doctor as he's giving a lecture about the announcement of Locacaca 6251, which causes his Stand form to attack.

On the day of the harvest, Satoru is seen by Mitsuba, Yasuho, and Rai, somehow lurking around the Higashikata's house and the police station. In the house, his ability, through a chain of events, reveals the new Locacaca. After Norisuke dies, Satoru jumps into action, entering the house. As he passes through objects towards the heroes, Jobin is warned by Mitsuba of him hiding under the bed and attacks. The doctor, however, disappears, leaving a can of hair spray. The can later bursts, injuring Jobin enough to knock him out. Later on, Satoru heads to a bike station, assisting a reporter named Taoka with a interview. After said interviewer grows curious on Holly Kujo, the Locacaca, and possibly being in pursuit of him, Satoru kills him, decapitated by the Stand's abilities. He then heads after Josuke inside the labrotory, but knowing something might harm him if he does, he sends a Rock Insect known as Dododo De Dadada to attack Josuke and Rai.

Satoru is a enigma personality wise, elusive, calm, and anti-social. He doesn't fight directly, but he does send out his Stand form to attack people.

Being a currently nameless Stand, Satoru's stand mainly attacks people trying to pursue it's master. His main ability is to cause objects to often hit its foes and said collisions to be more powerful, such as normally harmless or near harmless thrown objects (like blood, rain, or cigarettes) becoming powerful enough to act like bullets. He can also effect the force of larger objects, but these appear to both take longer to have their effects felt and aren't as effected by the Stand. This ability, once previously activated, remains dormant on the attacker, and it reactivates when the afflicted tries to pursue Satoru. He can also generate illusions of the head doctor that are able to phase through objects. Anyone who attacks one of these illusions is able to be attacked by the Stand itself or have the Stand ability activate.

Satoru himself is also rather agile for being supposedly as old as he is, and is a master at his medical craft. 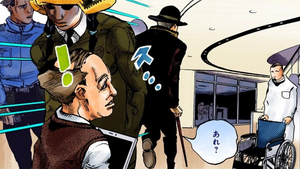 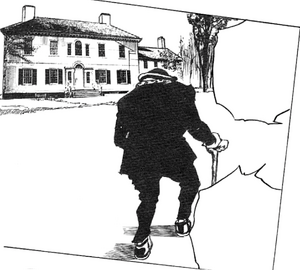 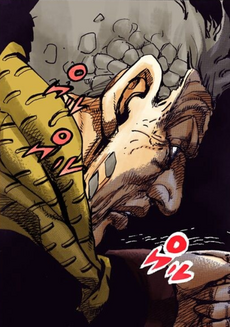 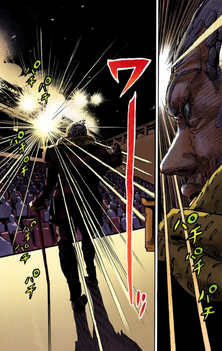 Satoru walking on stage to present his lecture. 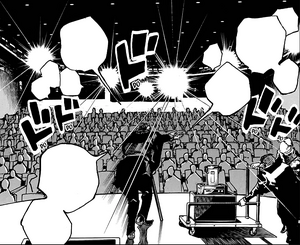 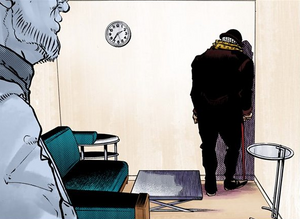 Satoru standing in the corner. 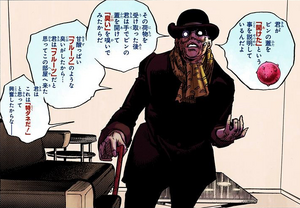 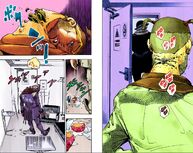 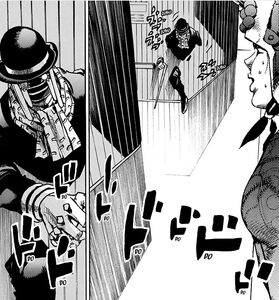 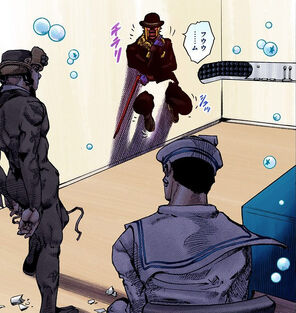 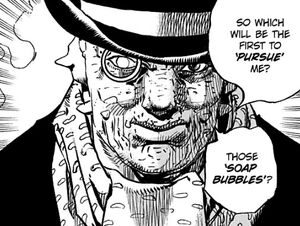 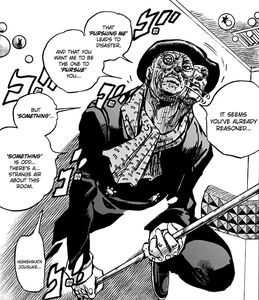 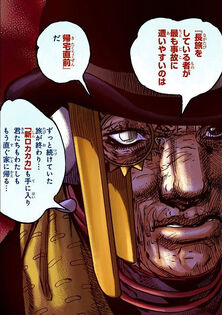 Retrieved from "https://villains.fandom.com/wiki/Satoru_Akefu?oldid=3830637"
Community content is available under CC-BY-SA unless otherwise noted.