Villains Wiki
Register
Don't have an account?
Sign In
Advertisement
in: Mature, Call of Duty Villains, Businessmen,
and 37 more

High intelligence
Influence and power in the C.I.A.

Savannah Mason-Meyer is the main antagonist of the 2018 video game Call of Duty: Black Ops 4.

She is a CIA operative and the founder of Project Blackout, as well as Alex Mason's granddaughter and the world's first trillionaire who intends to achieve on reviving the dead.

She was voiced by Evangeline Lilly in motion capture, who also voiced Zombie Wasp in What If...?.

Savannah and her sister Jessica at some point were born to David "Section" Mason, the son of Alex Mason. Wanting to change the world, Savannah decided to do it from a lab and ultimately became a C.I.A. operative and businesswoman, in which it made her the world's first trillionaire. Eventually, with her C.I.A. clearance level, Savannah founded Project Blackout in a goal to bring back the dead. Her only known successful subjects are her grandfather Alex, Frank Woods (whom she started a relationship with), Viktor Reznov and Raul Menendez (who was given the position of overseeing the project).

In 2043, her actions ended up ruining her relationship with Jessica, who became disgusted in her actions, and while Menendez suggested terminating her, Savannah refused to kill her own sister. Eventually, the two sisters ended up fighting that resulted with Savannah accidentally shooting Jessica in the mouth, much to Savannah's horror. In order to cover up what she did, Savannah had the memories of her two companions, Ruin and Battery, altered into thinking that it was a botched mission that killed Jessica. Afterwards, Savannah ended up taking care of Jessica's daughter Lucy as her legal guardian, and the two would visit her grave together. She would also secretly have Woods brainwash Alex for an unknown purpose.

Two years later, Savannah recruits ten of the world's most elite soldiers for Project Blackout to handle an unknown threat. She also used a Combat Immersion program to train the Specialists in a virtual simulation, with Woods acting as their instructor. Savannah becomes increasingly paranoid after Menendez learns that Jessica was still alive and conspiring against her, thus leading to her hand over the project's leadership to the revived Nicaraguan. Realizing that the Specialists are loose ends, Savannah had soldiers sent to kill them, unaware that they all survived and Lucy had joined Jessica. Feeling like she has won, she then established facilities all over the world to continue Project Blackout. 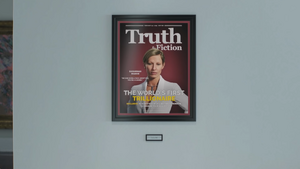 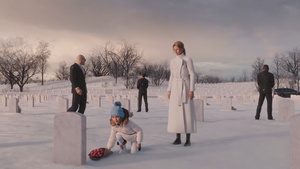 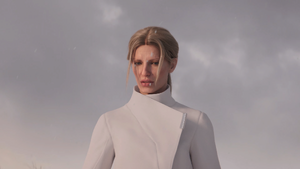 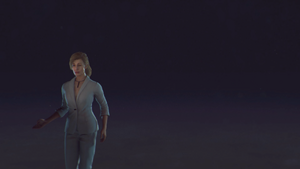 Savannah welcoming the Specialists to the Immersion. 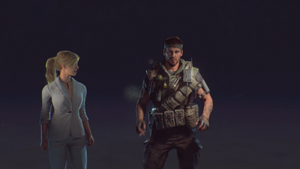 Savannah alongside Frank Woods in the Immersion.