God Wannabe
Savanti Romero is a minor antagonist in the 2003 version of Teenage Mutant Ninja Turtles.

He was voiced by David Zen Mansley.

Long ago Savanti Romero was the utmost in power stick, and he tried to use the all-powerful Time Scepter to manage all periods. Until Lord Simultaneous spoiled his plans. He turned him into a monster and banished him to the middle ages. Renet sneaks up and grabs the Sceptre from him. The time mistress uses the Sceptre, now free from Romero's control, to summon Lord Simultaneous. A silvery portal opens and we see the time lord appear in his normal form.

Lord Simultaneous takes the Sceptre and uses its power to freeze the attacking Ultimate Drako. The time lord then uses the wand to banish Savanti Romero to the Jurassic Age. Ultimate Drako rants that he cannot be stopped and breaks free from the paralysis, grabs the Time Sceptre from Lord Simultaneous with his tail and teleports away. And he gathered all his magic power and attracted the Ninja Turtles and Renet to Cretaceous.

And this time he tried to destroy the time of the Ninja Turtles and Renet by lighting "The Ring of Fire", it worked so that magic power had to go through the Time Scepter. But when Donatello removed the Scepter from the equation Savanti's magic power the area itself is destroyed along with Savanti himself, and thus the Turtles prevented his plans again and are sent back to the modern world. 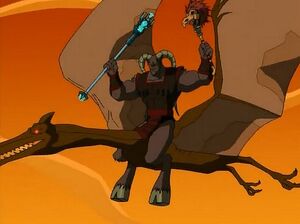 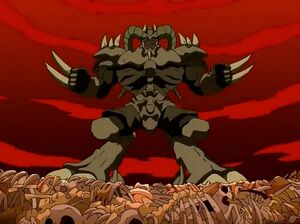 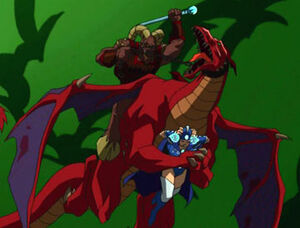 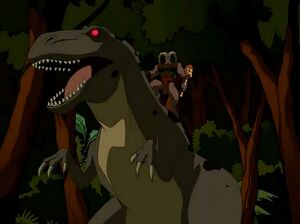 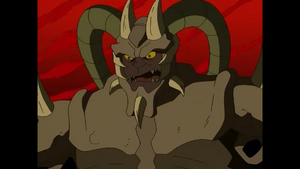 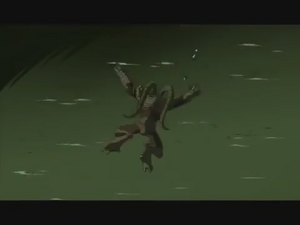