Get his company back (in the comics).

Saxton Hale is an antagonist featured in the video game Team Fortress 2. He is a daring Australian, president, and CEO of Mann Co., and the star of many of the game's comics. Initially considered as the sixth richest man in America, Saxton Hale rose to become fourth by increasing his wealth further beyond fifth and eliminated the fourth by killing him in a harpoon duel.

In the Jungle Inferno trailer, he was voiced by J.B Blanc.

His identifying features include a mustache, rippling muscles, a crocodile-tooth lined hat, and a patch of rotating chest hair shaped like Australia. He also refuses to wear clothes on his upper body "for obvious reasons".

Saxton is the most current male of the Hale family to take up the reins of Mann Co. since Zepheniah Mann left its ownership to loyal aide and tracker Barnabas Hale in his last will and testament. His boisterous presence is felt in all areas of the company, from the slogan "We sell products and get in fight" commend new inventors submitting a new product idea to him. His inspiring image is also featured on numerous Mann Co. catalogs and promotional materials. He is known (and feared) for his belief in handling customer service issues personally, with his official policy being "If you aren't 100% satisfied with our product line, you can take it up with me!".

Depicted most commonly as an anti-hero of the Team Fortress 2 universe, he is often called upon for jobs involving brute force. The community has granted him his own game mode in Team Fortress 2 mentioned as "VS. Saxton Hale" or "Saxton Hale Arena", in which one player controls the overpowered Saxton Hale and fights the rest of the players on the server with his fatal fists.

Saxton Hale possesses immense physical strength, and can single-handedly kill anything with his bare fists. In the Jungle Inferno official video, he had managed to kill off the only species of yeti with a set of powerful punches with his bare fists. 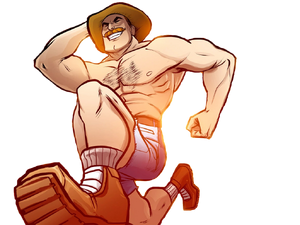 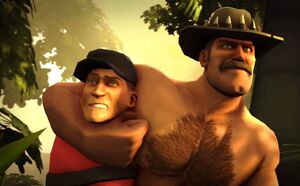 Saxton Hale with the Scout 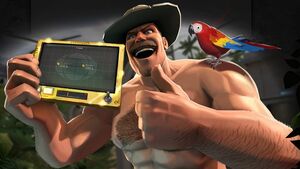 Saxton giving a thumbs up. 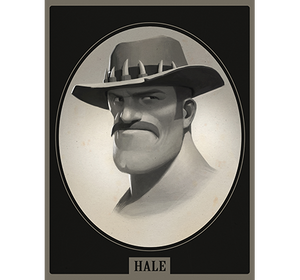 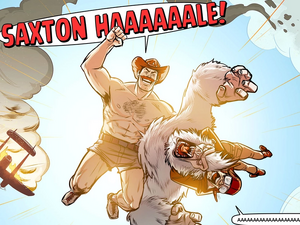 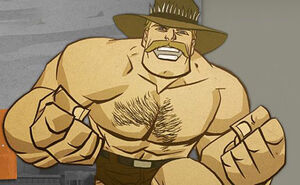 Saxton about to fight. 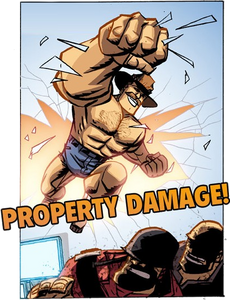 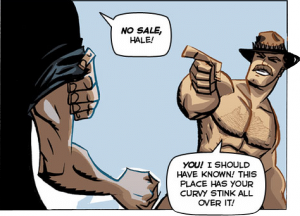 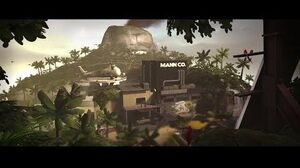