The Scarab Orphnoch is an employee of Smart Brain and an antagonist in episodes 7 and 8 of Kamen Rider 555.

He was portrayed by Masazumi Yagi.

The Scarab Orphnoch was sent by Smart Brain to take back the Faiz Gear, which was currently in the possession of Takumi Inui. The Scarab Orphnoch pursued Takumi, leading to a confrontation between the two Takumi transforming into Kamen Rider Faiz to fight him but didn't have his Faiz Edge, leaving him at a disadvantage. Auto Vajin then arrived and gave Faiz the Faiz Edge which Faiz used to destroy the Scarab Orphnoch with a Sparkle Cut. 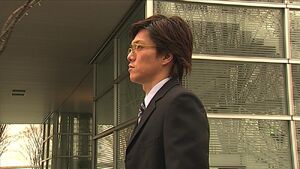 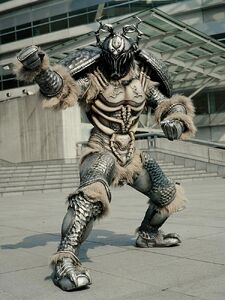 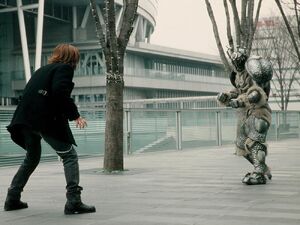 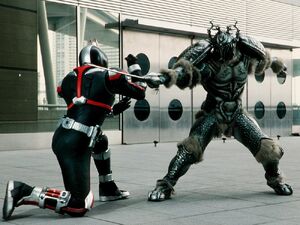 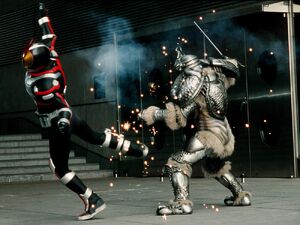 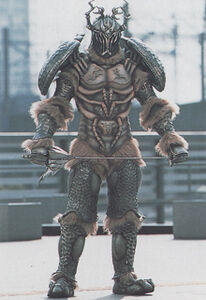