Dr. Jonathan Crane, better known as Scarecrow is a major antagonist of the 2019 adult animated series Harley Quinn. He is one of the two secondary antagonists (alongside the Queen of Fables) of the first season, and a flashback antagonist of the second season. He is Joker's right-hand man and best friend. He has invented a panic-inducing chemical gas known as Fear Gas that makes people see their greatest fears.

He is voiced by Rahul Kohli .

Scarecrow dresses like a typical scarecrow, with his iconic bag around his unseen head, tattered clothing, and straw coming out of his sleeves and pants legs. His appearance was slightly different in his debut episode, "A High Bar", in which he is seen wearing a brown shirt instead of the red one he wears in all episodes onward. He also wears a noose around his neck.

He appears to possess eerie yellow eyes which can be seen through the eyeholes in the burlap sack. It's unknown if this was his real eye color or if it was simply an effect.

Scarecrow is a sadistic supervillain who loves using fear toxin whenever the opportunity presents itself, although he is not unreasonable. He has occasionally been convinced to go against the Joker, such as when he stood up for Bane and when he rejected the Joker's idea of having a top-to-bottom fire pole in a completely new building as "garish". Beyond these brief lapses however, he is quite loyal to the Joker, follows his orders, and assists with his schemes - often out of fear of him. He took particular pleasure in tormenting Poison Ivy, and showed a streak of resilience when he drove his truck off of the Highway into the reservoir below rather than admit defeat, achieving his goals anyway. 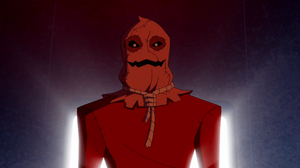 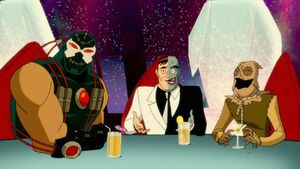 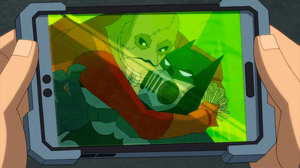 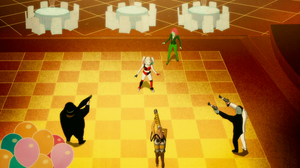 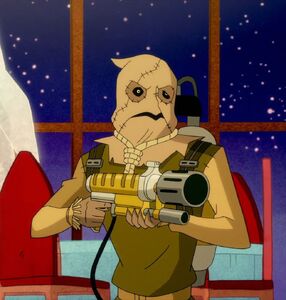 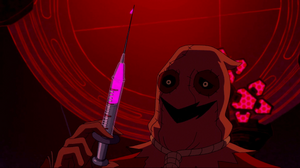 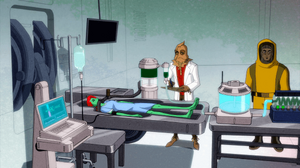 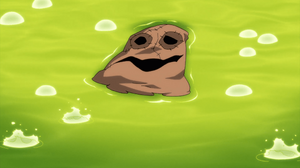 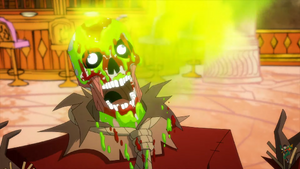 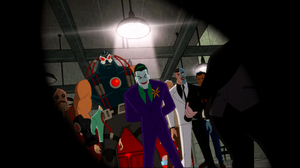 Retrieved from "https://villains.fandom.com/wiki/Scarecrow_(Harley_Quinn_TV_Series)?oldid=3811693"
Community content is available under CC-BY-SA unless otherwise noted.