Ebenezer Laughton, better known as the Scarecrow, is a supervillain from Marvel comics.

Ebenezer Laughton was born into an abusive family, with his mother being an alcoholic, who would beat him anytime he behaved. She would often feel guilty, and would give him presents, causing the young child to constantly behave to receive more beatings. Ebenezer Laughton was a former circus performer who was an expert contortionist and had trained crows that followed his every command. Using these abilities, he became the supercriminal known as Scarecrow and fought Iron Man and Spider-Man several times. He later joined Count Nefaria's Maggia and battled Captain America, whom he began to intensely hate after his defeat. After being defeated by Cap again and placed in solitary confinement for a year, Scarecrow finally snapped. He went on a killing spree until he was captured again by Captain America. After escaping again, Ebenezer became a full-on sadistic serial killer, which lead him to be beaten and left for dead by the Spirit of Vengeance, Ghost Rider.

Ebenezer was, however, rescued by the organization known as the Firm and was given augmented powers which allowed him to release pheromones that instilled irrational fear and panic in his victims, while at the same time granting him superhuman strength, speed, reflexes, and stamina, as well as an accelerated healing factor. With these new powers, Scarecrow battled Captain America and then Ghost Rider, the latter killing him.

After this, the demon Blackheart resurrected Scarecrow and gave his bodiless spirit the powers of possession. He was defeated again by Ghost Rider and his soul cast into Hell, but he came back in his physical form and was defeated by Falcon and sent to the Raft supervillain prison. 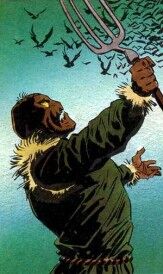 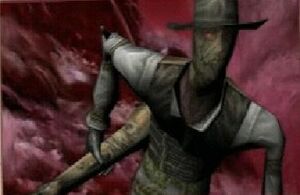 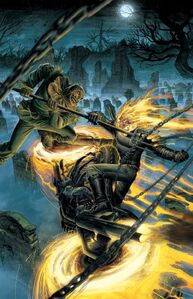 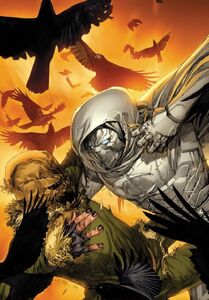 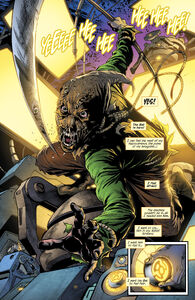 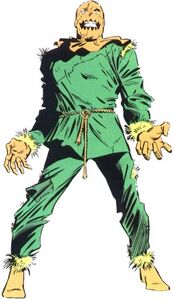 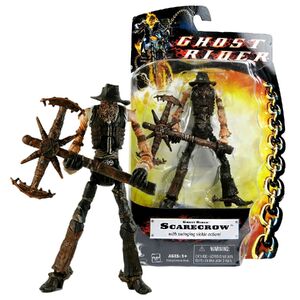 A action figure of Scarecrow.