Scarface (The Animals of Farthing Wood)

The Animals of Farthing Wood

Hunting and killing the animals of Farthing Wood.

Get revenge on Fox and his group. (partially succeeded before losing the fight against Fox and dying at the hands of Adder).

Scarface is the main antagonist of Season 2 of The Animals of Farthing Wood. He's the leader of a group of silver foxes and Lady Blue's mate who terrorized the Farthing Wood Animals and threatening to remove them from White Deer Park by killing them. He is Fox's arch-nemesis.

He is the leader of the White Deer Park blue foxes. He has a long scar on the right side of his face which is apparently where he gets his name. Scarface is the primary antagonist of series 2, as well as Fox's Feud.

Scarface with Lady Blue and their son, Bounder. 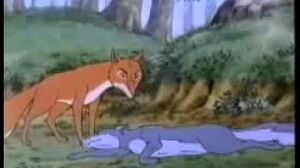 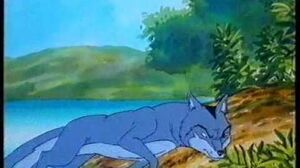