Escape its dimension (both ongoing).

Khahrakh, later known more famously as the Scarlet King, is the main antagonist of the SCP Mythos.

He is an ancient and demonic god who is untold eons old and is the son of the Third Brood. He appears in countless articles and tales across the SCP site, often tied to the end of the existence itself.

The Scarlet King was born with the planting of the Tree of Knowledge, called Khahrahk at the time. He was the smallest of his siblings, but the only one aware, and it brought him great pain. He decided that existence itself is painful and that he'd have no part in it, as well as destroying existence itself. He started by consuming his siblings and growing stronger on their essence.

He vowed to destroy the Tree, the Creator and Creation, and consumed or subjugated all the other gods, naming himself "King of the Darkness Below". He declared war on creation itself, one which will not end until the very end of everything. He took Sanna, one of the gods he subjugated, forcibly as his wife and sired seven daughters on her. Sanna died after birthing them, and the King took his seven daughters as his new brides, sealing them so they would not die as their mother had. From his seven bride-daughters he had seven children called Leviathans.

Other gods and older beings agreed to follow him as well, among them were Jeser, Goran, Moloch and Hastur.

It is also speculated that he is the nephew of Yaldabaoth.

The SCP Foundation was able to neutralize or destroy the first six brides, but the seventh—the strongest—had yet to be born. It resides in SCP-231-7 and is prevented from existing by using Procedure 110-Montuak, developed by Robert Montauk, a scientist.

What the procedure actually involves is unknown, but it is heavily implied that it involves brutal acts of violence, such as rape and torture, in order to keep the Leviathan away. Another source claims that the Scarlet King and Leviathan could not see reality the same way than humans could, meaning that concept of brutal acts of violence against SCP-231-7 could keep them away, allowing the Foundation to discontinue the procedure once they realized this, simply making the Scarlet King believe they were still using the procedure.

With this in mind, the Foundation stopped Procedure 110-Montauk, leading to the birth of SCP-999, now believed to be the only thing to be able to defeat his father/grandfather.

Iteration 5 of SCP-2317 claims that the Scarlet King is the untold horror imprisoned inside SCP-2317, a salt desert-dimension locked behind a 19th-century wooden door. In Iteration 6, it is revealed that the entity is actually ████, Devourer of Worlds or Dread Devourer, an Apollyon-level Devourer entity that will enter the Foundation's reality within thirty years.

The O5 counsel are surprisingly apathetic to the Devourer's inevitable attack, as several other SCP entities are projected to destroy the world in the meantime, and consider maintaining staff morale to be more important than fruitless attempts to re-imprison the Devourer. Thus, the myth of the Scarlet King was created, alongside a fake ritual, Procedure 220-Calabasas, which can supposedly "appease" the entity.

Whether the Scarlet King truly exists and whether SCP-2317 is worthy of that title is left as an exercise for the reader, as the universe of the SCP-Foundation has no true canon. Some writers treat them as one in the same, while others claim the Dread Devourer is even more powerful than the Scarlet King.

Due to the lack of canon, the Scarlet King has no true form.

Artists often draw him as a classic Devil-like figure with antlers, sometimes with tendrils/tentacles coming from his body, likely a reference of his Lovecraftian inspiration. He is also often depicted with eyes on his chest and bound in or holding chains.

In the tale Three Short Scenes About Death the Scarlet King is given a little description. His fist are described as massive and gnarled, holding the chains of his consorts and concubines. The same fists could effortlessly smash a man's throat. The King's voice is described as similar to "the chittering of a billion infinitesimal insects", and swirling and constantly moving. His voice also was neither "high nor low nor cacophonous nor methodical", simply just being.

According to Tufto's SCP-001 proposal, the King is more akin to a living meme than an individual entity; in effect, he is the idea of nihilism and a force of chaos, and can assimilate an entity thought to be him into an aspect of himself.

The Scarlet King's true power is unknown, though he can conquer and destroy entire worlds and civilizations, and threaten other low elder gods. For regular humans his true power is presumably beyond comprehension.

The seven brides and their Leviathan-spawn are referred as following:

The Scarlet King has gathered many followers, among them other gods, among them were The Factory, Jeser, Goran, Moloch and Hastur.  It is implied in the SCP-231 proposal that the Hanged King also serves him.

Humans also follow the King, most notably the savage Daevites and the Children of the Scarlet King, a "Satanic" cult which poses as an American right-wing millenialist fire-and-brimstone Christian church. The group consist of eight thousand actual cultists, and about sixty thousand Christians, who unknowingly serve the interests of the inner circle. The cult also has wealthy benefactors. 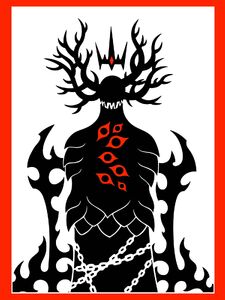 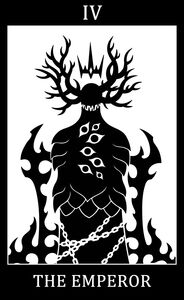 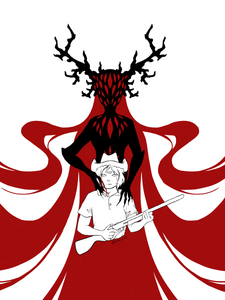 The Scarlet King and Dr. Clef. 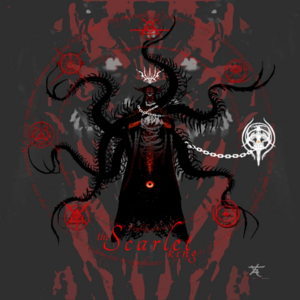 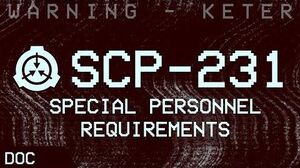 Retrieved from "https://villains.fandom.com/wiki/Scarlet_King?oldid=4157387"
Community content is available under CC-BY-SA unless otherwise noted.