Schultz is the secondary antagonist of the cartoon episode Daffy - The Commando. He is Von Vultur's right hand assistant.

When Von Vultur gets a telegram from Gestinko Gestapo, threatening him of his career if "Vun More Kommando" got through, Schultz is called in by Von Vultur, who he merely abuses with a mallet for bumping into him. After getting yelled at by Von Vultur in German, Schultz leaves, all while bumping into a wall with his helmet blocking his sight.

A short while later, Von Vultur and Schultz are outside using a searchlight after a loud plane-roar was heard from above. They find Daffy Duck floating down on a parachute, whilst singing "She Was Poor But She Was Honest" in a Cockney accent. After being told by Daffy to "put out the lights!", Von Vultur abuses Schultz again offscreen, forcing the trusty assistant to turn the searchlight back on. Later, Daffy uses his fingers to make shadow puppets and dancing chorus girls, all while pleasing Schultz, causing him to be hit in the head with a mallet again by Von Vultur, but not before he takes off his helmet.

Back at the bunker, Daffy asks Von Vultur the time, the latter informing the time being "6:45 and one quarter" and calling Schultz again to beat him in the head with his mallet. When Daffy gives Von Vultur a time bomb, a frightened Von Vultur hands the bomb over the Schultz, exploding him and sending him flying in midair. Being called back down by Von Vultur, Schultz does a salute while landing back down (and with his helmet falling fully on him, blocking his sight and physical appearance again). Von Vultur is about to hit Schultz in the head again, but not before Daffy appears from Schultz' helmet and intervenes, bashing Von Vultur in the head with the latter's helmet, whooping around and running off, causing Von Vultur to chase him.

Schultz is never seen again throughout the rest of the episode, but is mentioned when Von Vultur goes to a telephone booth mentioning Schultz' name, only for the caller to be Myrt from the Fibber McGee Radio Show and when Daffy Duck hits Adolf Hitler in the head, causing him to scream out Schultz' name.

Schultz is a short parrot who serves as Über-Kommandant Von Vultur's assistant. He was often bore the brunt of his superior officer's (and even Hitler's) anger, as Von Vultur would hit him with a mallet. 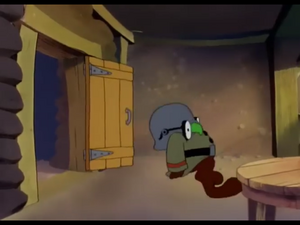 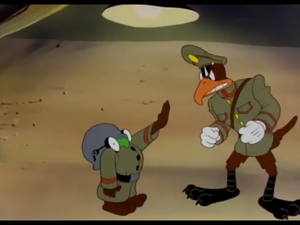 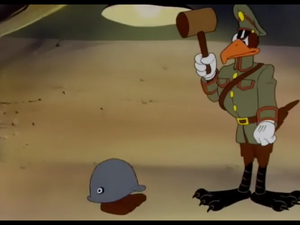 Schultz being hit in the head with a mallet by Von Vultur. 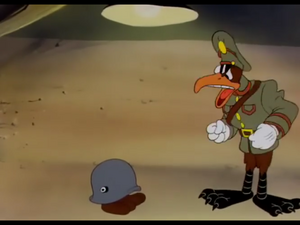 Schultz being yelled at by Von Vultur. 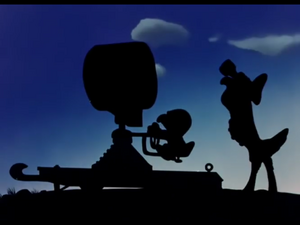 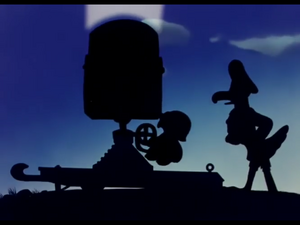 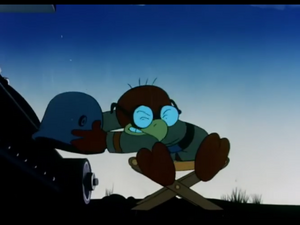 Schultz' true appearance, before he gets hit in the head by Von Vultur's mallet. 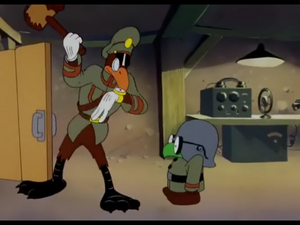 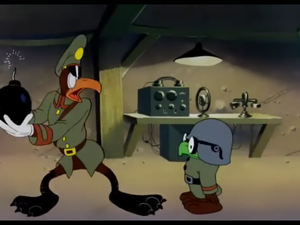 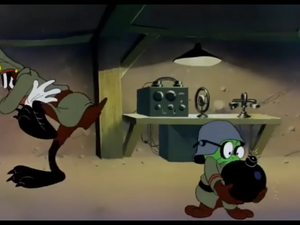 Schultz being given a bomb by a frightened Von Vultur. 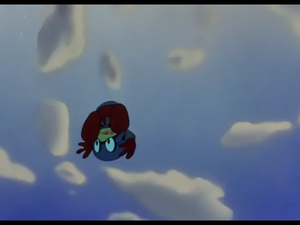 Schultz being flung in midair after the time bomb exploded. 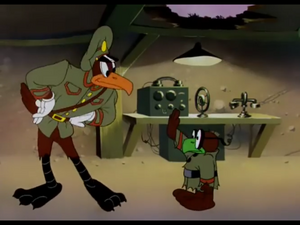 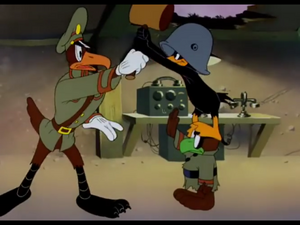 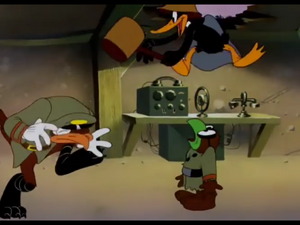 Schultz frightened to see Daffy Duck hit his superior officer (Von Vultur) in the head with a mallet.