Scias is a major villain from Ys SEVEN.

Scias is one of the commanders of the Dragon Knights of Altago City, second only to General Dreisen, and a former resident of Old Town, where the poor and homeless dwell, which he visits from time to time. He earned the nickname "Altaginian Falcon" due to his unprecedented sword skills and his role in the war between Altago and the Romun Empire, where he held off Romn's forces all by himself. Because of this Scias is very popular among the denizens of Altago. He is also close friends with Tia, a girl from Old Town who sells flowers and medicine.

When King Kiemarl hires the heroes Adol Christin and Dogi to investigate the causes of the disturbances afflicting Altago, Scias helps the two by training them in the way of the Altaginian weapons and constantly offers support during their journey. After Adol obtains the last Dragon Seal from Ruins Island, he is captured by the Dragon Knights, who accuse him of murdering the King and being a spy from Romn. Adol faces execution by fighting a large Titano monster but defeats it and flees the coliseum with the help of Dogi and Geis. Though the city was blocked by the Dragon Knights, Adol is led by Tia to a secret waterway passage which allows him to escape. Though Scias watch the escape, he decides to pretend he did not.

After Adol learns of his role as the chosen Dragon Warrior and obtains the power of three of the Dragons of Altago, he returns to Altago city only to find the place destroyed and covered in miasma. As he rushes to the palace, he finds many dead Dragon Knights, who were all killed by Scias. Scias easily defeats General Dreisen and attempts to kill the princess Aisha, but Adol arrives in time to prevent it. Scias reveals that it was him who killed the king and framed Adol, as he only only joined the Dragon knights to carry the orders from his true master without raising suspicion. Adol, Dogi and Geis fight Scias, but they all end defeated. However, he is prevented from killing them by his master, who is revealed as being none other than Tia, who was actually the missing eldress of Iska Village and thus the one behind the Wind of Destruction which would wipe out all life on Altago to begin anew.

Scias is confronted again at the bottom of the Well of Fate, blocking the way to Tia and the Root of All Existence. After being defeated, Scias reveals that he regretted killing the King, since he truly respected him, and apologizes to Adol for framing him, dying shortly after. 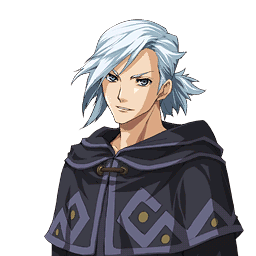 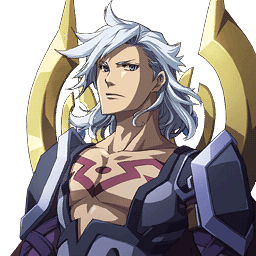 Scias, the Knight of Despair
Add a photo to this gallery

Retrieved from "https://villains.fandom.com/wiki/Scias?oldid=3597680"
Community content is available under CC-BY-SA unless otherwise noted.