Shin Scion (when with full power)

Shin Valdoll (when with full power, in Japan)

To create a new world.

Scion ("Valdoll" in the Japanese version, Kanji:ヴァルドール) is the main antagonist and final boss of the videogame Red Earth (Warzard in Japan).

He was originally created by negative human thoughts, being an evil and cruel entity who developed hate towards the mortal's world.

He's responsible for the invasion in the world being the warlord of his own country, Darminor, and he conquers the world via his monsters.

He's also an evil messiah who wants to search a man capable of surviving his invasions,and to do so, he sends his creatures to kill innocent people.

Scion was created from human negative thoughts, like anger, greed or (bad) pride. Eventually, this made Scion to wake up, since he can wake from any impure thoughts, no matter how petty, and he can use it as an excuse to commit his conquest with the façade that he was going to "purify" the world. Of course, he proclaims himself as a god with "good intentions".

Of course Scion did not do everything by himself. He had to ask for help from bystanders to join the empire, which became Scion's army. With the exeption of one individual, who was a soldier of high ranking from one of the protagonists, which had to be captured and brainwashed, and thus, he became Scion's most powerful creation.

In the game, the player will have to fight Scion's creations before reaching his castle.

The order depends on each character's story, but it will always lead to Scion's castle:

There's no clue which character cannonically defeated Scion, however, every character he meets he will still say his motives and his actions, as said above, he uses the excuse of the human impurity to commit his massacre, and will gloat the protagonist how much power he has gained. The player cannot help but fight against Scion.

Scion will use his summoning habilities in order to defeat the player: He can summon two dragons on the floor that can swim under it and approach the player, he can use his staff to summon a laser, he also can summon swords that grow form the underground, of course, he also uses his dragons to attack the player.

After Scion is defeated, he will transform in a less human-like form, named Shin Scion, in which, he becomes, considerably much more powerful(and MUCH harder),not only his underground swords are much faster, but also, can summon swords from the ceiling, and his dragons attack are more wide-ranged, he, because does not need his staff, he will use his hand to summon a more powerful laser, he also has the power to transform temporally the player into a helpless, little animal(in the case of Leo, just helpless and little).

After Scion was utterly destroyed, his soul dissapeared slowly while he was saying his last words. Those words where about human sins and impurity, and how his actions almost led humanity to their doom, but the player character showed courage and determination to defeat Scion, and how humans gained faith and vanished all despair from the world, therefore, good reigns again, but also says that he will come back after human had impure thoughts again.

As he was saying his last words, he finally vanished from existence. 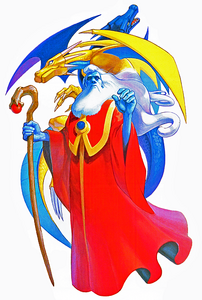 Scion with Misery and Despair 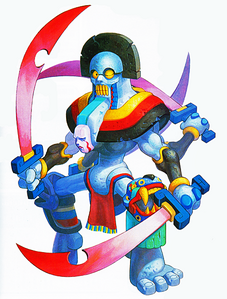 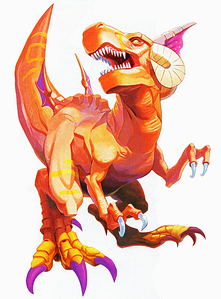 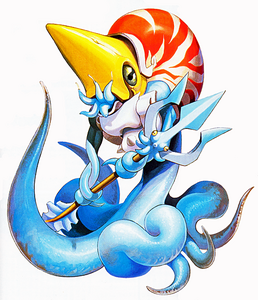 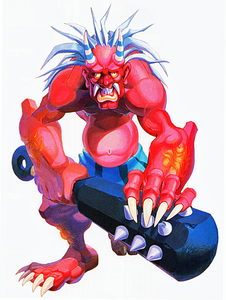 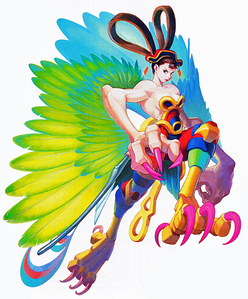 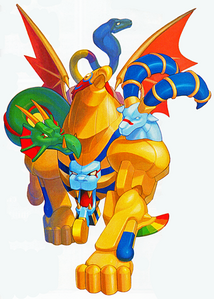 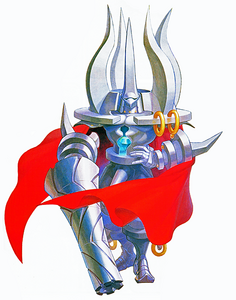 Blade
Add a photo to this gallery

Retrieved from "https://villains.fandom.com/wiki/Scion?oldid=3657850"
Community content is available under CC-BY-SA unless otherwise noted.