Seek revenge against Judge Stephen "The Hammer" Wexler who sentenced them to death.

Nunzio Scoleri and Tony Scoleri, better known as the Scoleri Brothers, (also the Scoleri Bros.) are a ghostly pair of psychopathic brothers that were killers condemned to execution and antagonists in Ghostbusters II. These two convicted murderers were sentenced to death by electrocution by Judge Stephen "The Hammer" Wexler. They are portrayed by Tim Lawrence (as Nunzio Scoleri) and Jim Fye (as Tony Scoleri). 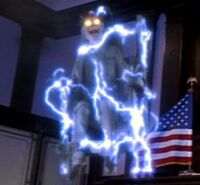 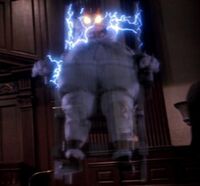 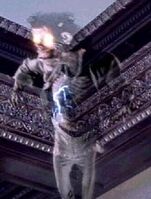 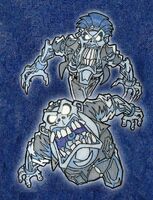 Retrieved from "https://villains.fandom.com/wiki/Scoleri_Brothers?oldid=2505498"
Community content is available under CC-BY-SA unless otherwise noted.