The Monster to End All Monsters

Soldier in the Rhynoc army

Fighting (as a Rhynoc soldier)

Watching over the Sorceress' prisoners (formerly).

Destroy all of the Sorceress' enemies (failed).

Scorch is a monstrous winged beast and a boss in Spyro: Year of the Dragon. He is a transformed Rhynoc, who was "created" by the Sorceress in order to execute all enemies and destroy all monsters.

Scorch was originally a Rhynoc soldier from the kingdom of Midnight Mountain in the Forgotten Worlds, serving under the command of the Sorceress. Prior to Scorch's transformation when the Sorceress got fed up with Spyro's bravery and selfless meddling, she decided to create "a monster to end all monsters". Bianca was horrified to realize that the only reason why the Dragon Eggs were brought to the Forgotten Realms was so that the Sorceress could kill the baby dragons to get their wings for a spell to become immortal.

Furious, Bianca abandoned her mistress and headed off to save a captured Hunter.

The Sorceress then decided to turn one of her Rhynocs into a murderous monster in order to kill Spyro. Two Rhynocs were nearby, keeping an eye out on the captured Agent 9, and one of them pushed his cowardly comrade, Scorch, towards their queen. Scorch was turned into a horrific bat-like monster by the Sorceress, who was sent to a pit to execute Spyro.

A Monster to End All Monsters

The Sorceress succeeds in transforming her soldier Scorch into her ultimate monster and sent him to Scorch's Pit, a lava pit within a giant dead whale's skeleton outside the land of Evening Lake to kill Spyro.

When he arrived, Bentley showed up to aid Spyro in beating Scorch. Working together, the dragon and the yeti defeated the beast and sent him tumbling into a pool of lava, killing him.

Scorch, after being turned into a bat-like winged beast by the Sorceress, was given certain magical abilities used in dispatching her enemies and any creature that stands in its way.

Scorch can create a magic force field surrounding to protect himself when in flight or on the ground but only for a limited time, which leaves him open for projectile attacks.

He can unleash a wave of energy orbs that explodes upon his enemies like bombs.

And last but not least, Scorch can create red dinosaur eggs and throw them on the ground. When the eggs hatched and open, small swarms of weaker monsters wake up and attack. They include crabs which are easy to defeat, bombers who can be outrun or flamed, and sentient fire-bombs which must be outrun. Sometimes one of these eggs brings back a resurrected Buzz as he attacks. 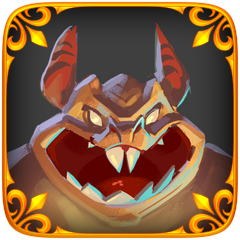 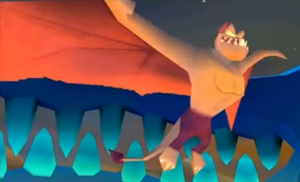 Scorch in his original design. 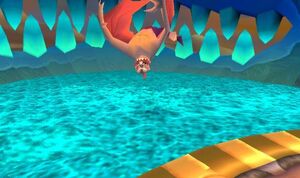 Scorch's death.
Add a photo to this gallery

Retrieved from "https://villains.fandom.com/wiki/Scorch_(Spyro)?oldid=3961264"
Community content is available under CC-BY-SA unless otherwise noted.