King of the Scorpion Tribe

Leader of the Crawlers

Steal all of the CHI in Chima.

Capture all the Legend Beasts (both failed).

Scorm is the king of the Scorpion Tribe and the main antagonist of Season 2 in the Legends of Chima series.

When the prince of the lion tribe Laval dropped the Crocodile Tribe's CHI into the Gorge of Eternal Depth during a dispute, normal scorpions, spiders and bats transformed into human animal hybrids called the Crawlers due to the effects of CHI, Scorm rose to become their leader, they start demanding more CHI, and made the frightened king Crominus and Queen Crunket of the Crocodile tribe to show them were they can find more CHI. The crocs leads them out of their cave to show them Mount Cavora, a floating mountain whose waterfalls are the source of all CHI. The Crocodile couple then try to escape, but Crominus gets caught. Scorm orders the Bat tribe to fly and take the CHI with the help of the Spiders and their webs, blocking the waterfalls that provide CHI so that they can have it all for themselves, he and the Crawlers also start to capture the Legend Beasts and use them for various purposes. Crunket warns the tribes of Chima of the threat of the Crawlers, and 8 warriors representing each one of the main 8 tribes of Chima set out to the Outlands to save Crominus and Legend Beasts, whilst also facing Scorm and his army.

Scorm's and Spinlyn always quarrel about that whether the Dark Tribes were created the Sky Scorpion or Sky Spider until it surfaces that that Laval accidentally created the dark tribes by throwing the crocs chi down the gorge, which they immediately discard as ridiculous.

When the Dark Tribes were defeated by the 8 warriors, Laval gave his last CHI-orb to Scorm and told him to use it well, and use it wisely. Laval and his friends then returned to Chima and the freed Legend Beasts proceeded to unplug the CHI falls so that the tribes could get their CHI again. Scorm wasn't grateful for the CHI though, he wished he and his allies never had discovered CHI, because then he would never have felt so defeated and alone. He threw the Chi orb down a deep pit, which reanimated Sir Fangar, an ancient sabretooth warrior and leader of the Ice Hunters, when Scorm's henchmen came to him with more CHI he threw it all down the pit, which gave Sir Fangar the opportunity to awaken his army of Sabretooth tigers, mammoths and vultures, they climbed up the pit and froze some of Scorm's henchmen, Scorm tried to fight back with his Scorpion stinger, only to be frozen himself, Fangar proceeded to freeze the rest of the Crawlers and start conquering Chima. During Fangar's conquests Scorm was one of his frozen trophies until the phoenix child Flinx melted Fangar's entire fortress, including Scorm and his army of Crawlers, they immediately started attacking Laval and his allies, but where then subdued by king Crominus, Queen Crunket, and the lion king/Lavals father Lagravis, while Laval pointed out that they had a lot of pent up anger against the Crawlers. Flinx then melted the entire fortress and the spiders and scorpions (including Scorm) started falling to their death, but Spinlyn saved them with her webs, they then retreated to the Outlands. During the Great illumination, Scorm and his allies were presumably purified of their evil and hunger for CHI. 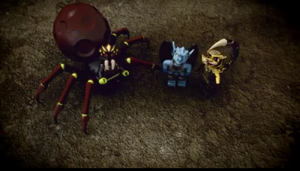 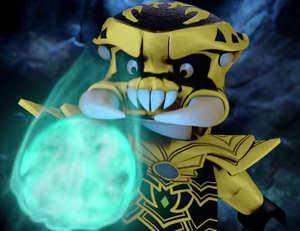 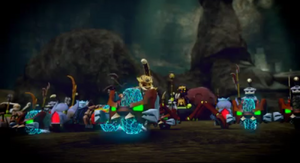 The Dark Tribes preparing the battle. 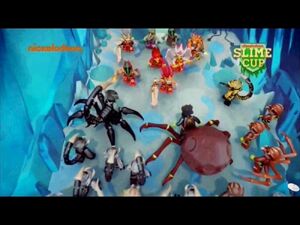 Scorm and his Crawlers. 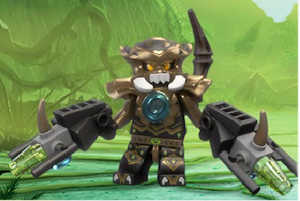 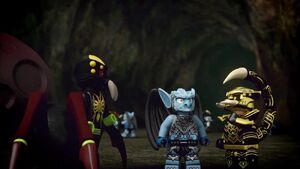 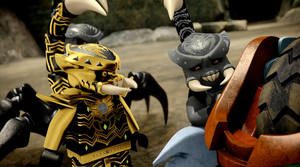 Scorm, Scutter, and Scrug together. 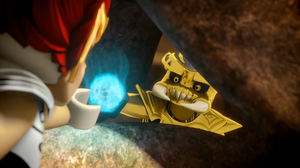 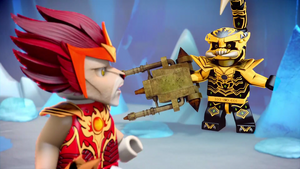 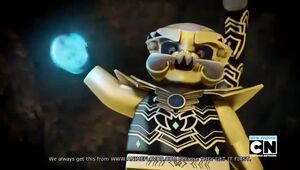 Scorm is in his hands the CHI orb. 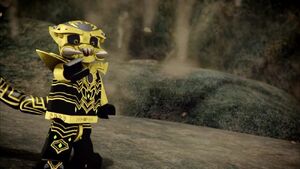 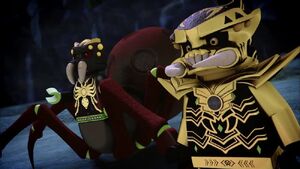 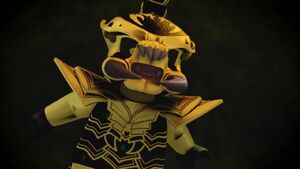 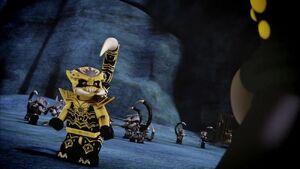 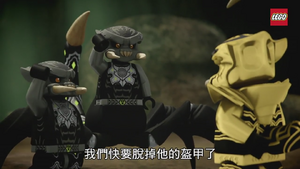 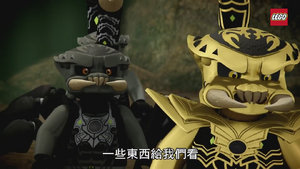 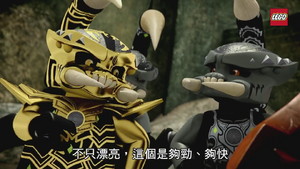 Add a photo to this gallery
Retrieved from "https://villains.fandom.com/wiki/Scorm?oldid=4109229"
Community content is available under CC-BY-SA unless otherwise noted.