Become more powerful and gain greater success as a criminal.

Scorpion (real name: MacDonald "Mac" Gargan), is a minor antagonist in the 2018 videogame Marvel's Spider-Man by Insomniac Games. He is an alternate version of the Marvel Comics supervillain of the same name, but is also a somewhat more sinister take on the character.

Mac Gargan was a man selected by J. Jonah Jameson to be empowered via scientific experiments so as to be made capable of defeating Spider-Man, who Jameson has always regarded as a menace. Unfortunately, Gargan was in reality a violent small-time criminal who leaped at the chance to become more powerful. Thus empowered and outfitted with armor that boasted a mechanical tail, Mac Gargan became "Scorpion", and was one of Spider-Man's more formidable enemies before finally being defeated by Spider-Man and imprisoned in The Raft prison.

Later though, Scorpion was freed alongside Electro, Vulture, Rhino, and Mr. Negative by Doctor Octopus. In exchange for wiping away the significant gambling debts that Gargan had accumulated, Doctor Octopus expected Scorpion to do his part to sow chaos in New York City as a means of exposing Norman Osborn's corruption to the world. Scorpion's task (which he took to with relish), was an attempt to poison New York City's water supply. Spider-Man foiled it, but while fighting Scorpion was stung by him and injected with a potent venom that would kill him slowly, but not before subjecting Spider-Man to a horribly distorted nightmare version of reality in which New York City became flooded with an ocean of poison and Otto Octavius taunted Peter with how all of his attempts to do good ended up hurting those he loved.

After curing himself of the poison and saving his life, Spider-Man later confronted Scorpion and Rhino at a shipping yard (where the two villains had nearly killed Miles Morales beforehand when they realized that he was snooping around). During the fight, Rhino and Scorpion constantly bickered with each other, as Scorpion considered Rhino to be stupid, and Rhino considered Scorpion to have no principles. Eventually, as such, Spider-Man was able to beat both villains, tricking them into a storage container that was then bolted shut, leaving them for pick up by the New York City Police Department. Whether Scorpion survives inside the container isn't exactly known, with the possibility of getting killed by Rhino likely, but if not, he just gets apprehended once more. 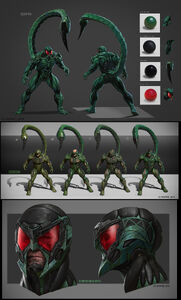 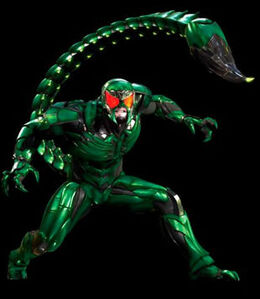 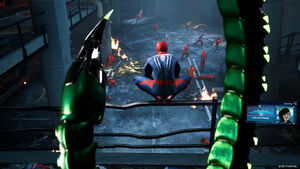 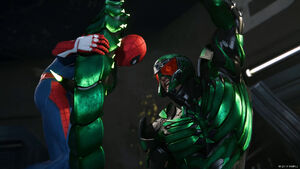 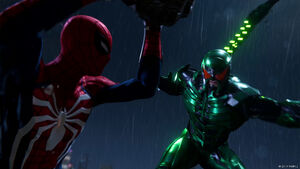 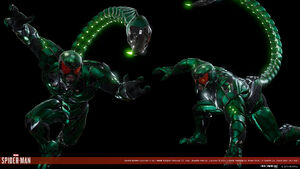 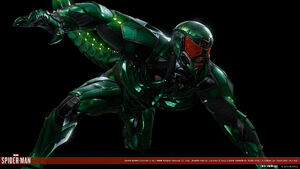 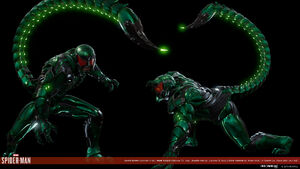 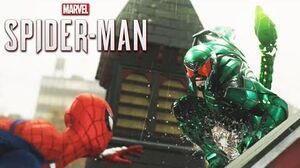 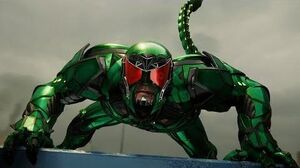 Retrieved from "https://villains.fandom.com/wiki/Scorpion_(Marvel%E2%80%99s_Spider-Man)?oldid=3708246"
Community content is available under CC-BY-SA unless otherwise noted.