Scorpion Egg troopers (around fifty of them)
Huevo de Escorpión

Serve the Egg Witch in their plans.

Find Toto and kill him to give his heart to the Egg Witch (failed).

Destroy the army of zombies and save Toto along with their friends as a token of gratitude for having rescued them from dying frozen (succeeded).

The Scorpion Eggs are the secondary antagonists (later anti-hero) of the second movie from Huevocartoon film Another Egg and a Chicken Movie. These eggs who look creepy who are dedicated to serving the Egg Witch and Toto task is to find and bring to Egg Witch and to help him get the heart and they eat it.

After of Toto escapade, the Egg Witch summoned its most effective and trustworthy assassins, who were the eggs of scorpion and gives them the task of going to look for the chicken, which rounds lost in the desert in exchange for eating its remains, when his heart is drawn for the spell, then they all started March.

After a few hours later the scorpions managed to find the tired chicken toto, but he did not stop his pace and went to run, reaching a risk in which there was no escape, but in the intervention willy appears to help him, dragging it slowly and when the scorpion eggs were about to attack them, the other eggs save their lives by throwing them at the killers, black paint from which they drag them out of the ground, but one of the scorpions managed to sting behind willy, so What Iguano throw it away with the stick.

At the dusk, Toto wanted to save his friend Willy's life, looking for healing plants and on his way through the desert, he encountered again the scorpion eggs, frozen by the liquid of the black paint, then Toto and Bacon were arranged in Save them from the cold, thawing them one by one, during the final battle with the zombies.

Toto and his friends were unlikely to leave alive, but just then the scorpion eggs arrived to destroy the monsters as a sign of gratitude. 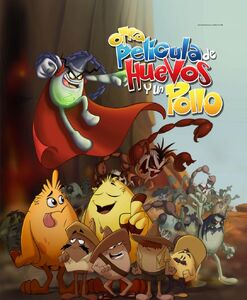 The Egg Witch and his Scorpion Eggs. 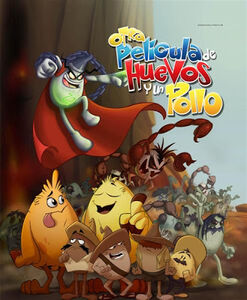 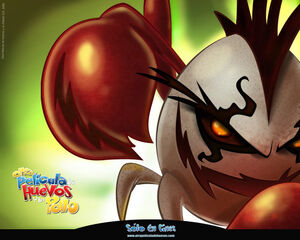 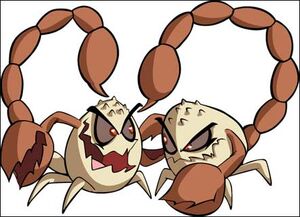 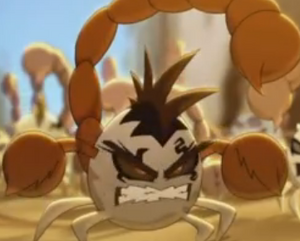 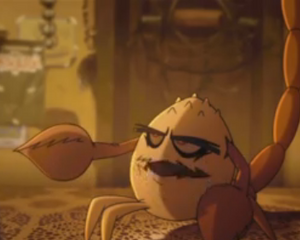 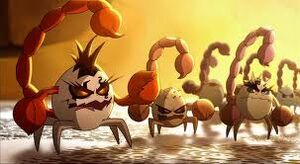 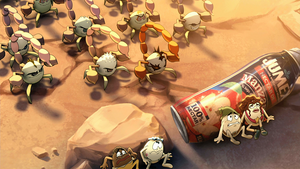 The Scorpion Eggs coming closely to the heroes.

The Scorpion Eggs about to attack. 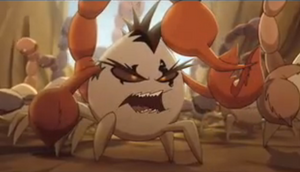 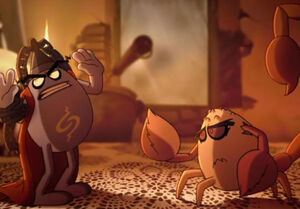 Retrieved from "https://villains.fandom.com/wiki/Scorpion_Eggs?oldid=4148217"
Community content is available under CC-BY-SA unless otherwise noted.