Find anything useful for the factory owners (failed).

Mine, mine, mine! Also mine! Oh; and this is mine, too!Scuttlebutt stealing right under the noses from the Indians, Dithering, Fievel, Tiger and Tony.

Scuttlebutt is one of the two secondary antagonists (alongside Chief McBrusque) in An American Tail: The Treasure of Manhattan Island.

He is Dr. Dithering's associate. Scuttlebutt is always poking around to see what the doctor is up to, while the doctor believes him to just be a curious fellow. However, it is revealed that he is really just a spy for the factory owners (Mr. Grasping, Toplofty and O'Bloat) to see if there is anything the owners want from him. When they finally reached the underground village, Scuttlebutt was attempting to steal many of the belongings of the Indians and was put in their jail until they all left the village. He later becomes a guide and partner to the savage Chief McBrusque. After the final battle, he and McBrusque were assumed to have drowned. He has a British accent and is rather clumsy (while mostly being humorous, unlike his superiors).

He was voiced by John Kassir.

Scuttlebutt is first seen creeping around the Museum of Natural History, following Fievel, Tony, Tiger and Dr. Dithering whilst sticking to the shadows. He soon bursts out of a file cabinet, claiming that he was merely organizing the doctor's files. He then pulls over "the large magnifier" (really just a magnifying glass) and holds up an old piece of parchment that Fievel and Tony found while exploring an abandoned subway tunnel. Dithering is easily able to recognize it as a document made by Native Americans (or, to be more specific, the mice who lived with them) of the Lenape tribe.

Later, Scuttlebutt is seen reclining whilst Fievel and Dithering examine the parchment; however, Dr. Dithering makes a sudden realization, startling Scuttlebutt and causing him to land in a cauldron of sticky stuff (which he doesn't notice until he asks what's going on).

That night, Scuttlebutt (along with Fievel, Tiger and Dr. Dithering) visits Tony (who had apparently quit his job at the cheese factory after having shown up to work late, which caused him to lose a week's pay), where Dithering shares the news that what Fievel and Tony found was a treasure map. Naturally, everyone is excited; however, when Fievel wants to go looking for the treasure, his parents deny him, being naturally concerned for his safety. However, with some help from Dr. Dithering and Tony, Fievel is able to convince his parents to let him go on the expedition. Dr. Dithering then asks Scuttlebutt to help him gather supplies, but the rat (who was watching the whole discussion) has mysteriously vanished; most unbeknownst to the heroes, he has ran off to inform his true employers of what he has found out.

Next, when Scuttlebutt visits the big cheese club, it is revealed that the only reason he helps Dr. Dithering is that he is a spy working for the factory owners, keeping an eye out for anything that they might want for themselves. After being introduced to Chief McBrusque (who has never met him because there is a lack of any broken bones, which causes everyone except Scuttlebutt to laugh pleasantly), he then asks if they might be interested in a treasure map. Though it seems obvious that they're not after the map, they are after the treasure that waits at the end of the line.

The next day, in the ruins of Beach's Pneumatic Subway (where Fievel and Tony found the map), Fievel's family wishes the group good luck and provides a container of matzo ball soup (even though the group has plenty of supplies, which are "easy to carry" as Dr. Dithering says, to which Scuttlebutt remarks "That's a matter of opinion"). Presented in a montage, the group slowly makes their way through the underground maze that leads to the treasure. Scuttlebutt ends up bringing up the rear, constantly complaining of the massive weight on his back, making silent remarks of how if he were in charge, "the only thing at the end of the line... would be the end of the line!"

As they journey on, the group hears what sounds like running water. Though Scuttlebutt doubts that Native Americans had indoor plumbing, Dr. Dithering makes the correct assumption that they are in close proximity to an underground river. Soon afterward, they stumble upon writings that tell of a cataclysm (i.e. an invasion or flood) that threatened the mice and forced them underground. Only a few seconds afterwards, Scuttlebutt ends up crushed by Tiger, who was scared when the group got too far away.

Though the group is mystified by the Native American architecture, their amazement turns to fear when Tiger unintentionally sets off a gauntlet of traps, splitting the group up. Scuttlebutt ends up with Dr. Dithering and is forced to dodge a massive supply of arrows (which are easily absorbed by the supplies, as Scuttlebutt soon finds). Having dodged or escaped the traps, the group breaks through an old stone barrier and finds, of all things, a village underground... as well as the fact that they're trapped.

Unfortunately, the natives don't initially take kindly to the explorers. The chief soon arrives and, though he is unwilling to trust the group at first, Fievel's peace offering (the matzo ball soup, which the natives believe is a strong form of medicine) does improve relations and gets them out of the net. When the doctor asks why the natives are there (since "there haven't been Native Americans in New York for 200 years"), the chief explains that, years ago, their ancestors watched as the Europeans came to America, "bringing disease, gunpowder [and] cats" and began mistreating the locals, killing many and scaring off the rest. Realizing that the European mice would likely do the same thing, the ancestors ran off, taking refuge underground. Worried that the natives will scalp them, Scuttlebutt tries to run but fails. Luckily, they are peaceful and, to prove it, they will have a feast. Until then, the chief's daughter, Cholena, is given as a guide. Scuttlebutt is slightly annoyed by this, but the sudden embrace from Tankho, Cholena's handmaiden, doesn't give him much to say except "then again, that bit about scalping doesn't sound so bad."

During the feast, Scuttlebutt sees his chance to rob them all blind from one of the huts. However, unbeknownst to him, he is being followed by a love-struck Tankho. Later, Scuttlebutt enters another hut with Tankho behind him, and is soon startled by her off-screen and doesn't want her getting close to him ("You again! Back off!"), but Tankho sees all the valuables that the rat stole from the tribe (Tankho: gasp You are stealing!, Scuttlebutt: And what are you gonna do about it?) and flings him into a pile of watermelons.

After the incident, the tribe captured him and was taken to Dr. Dithering to be reprimanded by him. Scuttlebutt tries to reason with him that he was only tiding things up but to no avail. Later on, Scuttlebutt was set free back to the surface, but he will never again be in Dr. Dithering's team due to his betrayal.

After this, he reports about the tribe's existence to the factory owners and this gives Mr. Grasping, the leader of the group, a plot to start an angry mob against the Indians, just so they can keep their workers in line. Throughout the rest of the movie, Scuttlebutt begins to partner up with Chief McBrusque. He used Scuttlebutt as a guide to the Indian cave, which he reluctantly agrees. As he tags along with the police, Scuttlebutt constantly tries to warn them about certain traps, which McBrusque refuses to listen and continues to abuse Scuttlebutt. Once defeated by Fievel and the Tribe, McBrusque and Scuttlebutt (along with the police mice) were forced to retreat.

When Fievel and his friends were tasked to seal up the tunnel by using gunpowder, McBrusque and Scuttlebutt returned for round two. Scuttlebutt tries to keep a hold of Tony, but Tanya stops him by punching him in the face. As soon as the gunpowder was light up, it explodes, causing it to seal up the tunnel with water. McBrusque and Scuttlebutt tried to escape, but they were too late as they fell down into the river, where they both drowned.

Scuttlebutt is shown to be a comedic, incompetent yet cowardly spy working for Mr. Grasping and his men. While he is a thief, a traitor and a minion working for the latter, he is actually shown to have some standards in the film, while also putting on a grouchy and moody attitude. Despite his sarcasm, Scuttlebutt seemed to get along just fine with Dr. Dithering, Fievel, Tony, Tiger and the others before his betrayal and is shown to have some genuine affability with them, at least in his own way.

He is not very fond of the Indian mice, however, thinking that they will “scalp him.” However, it is possible he may have had a light side in him after all when he was reluctant to aid Chief McBrusque and his goons in the genocide of the Indian mice, being pulverized into doing so because McBrusque needed a guide underground to the cave. Either way, Scuttlebutt was so pulverized further after he, McBrusque and the police mice were caught into the Native Indian mice’s ancestors’ traps because of McBrusque’s obliviousness and ignorance to Scuttlebutt’s warnings, that the two returned for a round two against Fievel, Tony and Tanya because of it. This eventually caused the two to die in the underground’s river chasm after the gunpowder exploded. In a way, McBrusque actually serves as an indirect cause as to why Scuttlebutt was killed in the incident to begin with, as McBrusque dragged Scuttlebutt into a situation the latter may have not even wanted to be a part of to begin with.

Although having his standards, Scuttlebutt also seemed to have an egotistical side where he stole the Indian mice’s property and branded it as his. However, this is not an annihilation to his standards, as Mr. Grasping, his colleagues (Toplofty and O’Bloat) and Chief McBrusque commit worse and more vile acts than what Scuttlebutt does, so that puts him way far beyond the villainy that Mr. Grasping and his men committed. Not once in the film does he ever cross the Moral Event Horizon, but his death in the end was very horrific and unwarranted. This makes Scuttlebutt sympathetic in some way as well as a scapegoat as he didn’t warrant his fate, despite committing minor crimes such as aiding and abetting, thievery or espionage. Therefore, saying he deserved to die is completely debatable. 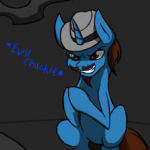 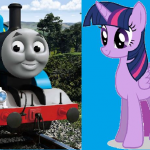