Monster
The Sea Cucumber Orphnoch is an Orphnoch with the characteristics of sea cucumber an antagonist in episode 22 of Kamen Rider 555. His human body is that of a salaryman.

He was portrayed by Tatsuro Kawano.

The Sea Cucumber Orphnoch was selected as a new member candidate for Lucky Clover, which had a vacancy after the death of Mr. J. To prove himself, he accompanied Itsuro Takuma in his pursuit of Takumi Inui and Mari Sonoda. Takumi transformed into Kamen Rider Faiz and engaged him alongside the Lucky Clvoer member. During the fight, he attacked Faiz while he was entwined with the whip of the Centipede Orphnoch , but hits the whip and causes the restraint to be released. Faiz then changes Faiz Accel Form and kicks the Orphnoch into the air by Faiz who activated "Accelerator Mode", before incinerating the Orphnoch with his "Crimson Smash" kick.

The flexible body is resistant to some attacks, and attacks by releasing a gel-like solution that also dissolves concrete from the palm. 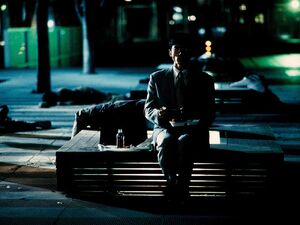 The Sea Cucumber Orphnoch eating on a bench. 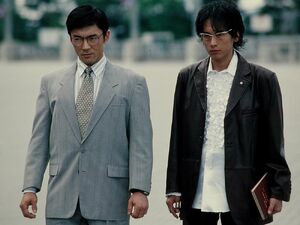 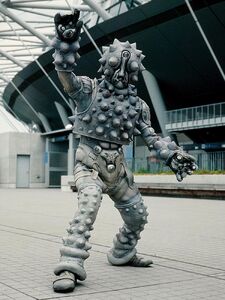 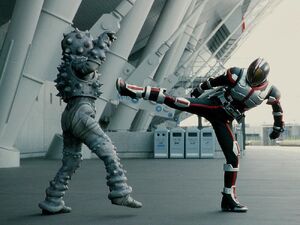 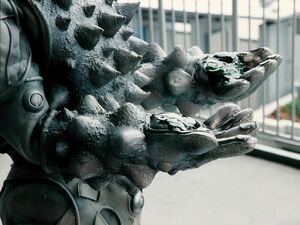 The Sea Cucumber Orphnoch summoning a gel-like solution from his hands. 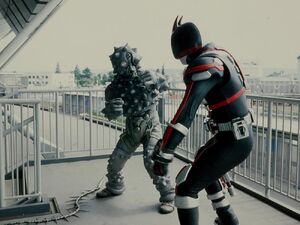 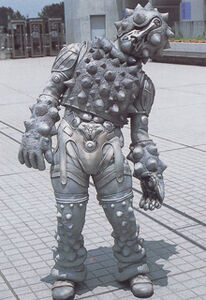