To reclaim Earth from the humans

The Sea Devils are antagonists in the Doctor Who episodes "The Sea Devils" and "Warriors of the Deep". They are amphibious humanoid reptiles and lived in the waters of Earth at the same time as their terrestrial cousins the Silurians and like them wish to reclaim the planet from the humans, despite The Doctor's attempts to negotiate with them to share the planet.

In the early 1970s, a group of Sea Devils and their leader were awoken by The Master and they planned to reclaim Earth from the humans but the Third Doctor used a device that the Master was planning to use to waken the other Sea Devils to destroy their underwater base killing this group of Sea Devils.

Then in 2084, another group of Sea Devils called Elite Group One joined forces with a group of Silurians led by Icthar and invaded Sea Base 4 in order to to get the humans to start a nuclear war which would cause the death of the human race and that Earth would be the Sea Devils and Silurians again. But both groups were killed when the Fifth Doctor flooded the base with hexachromite gas.

The Sea Devils that awoke in the 1970s had brown skin with long fins on their head and wore white netted clothing. Whilst the Elite Group One Sea Devils looked similar but instead had silver skin and wore samurai style armor. 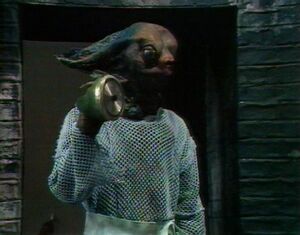 A Sea Devil in The Sea Devils. 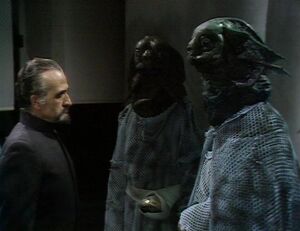 The Chief Sea Devil with the Master 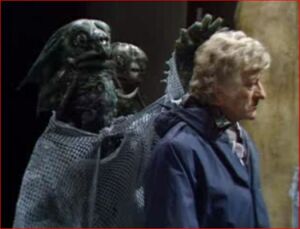 The Chief Sea Devil with the Third Doctor 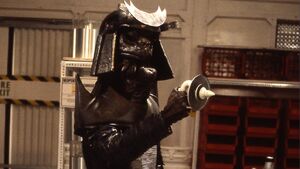 A Sea Devil in Warriors of the Deep. 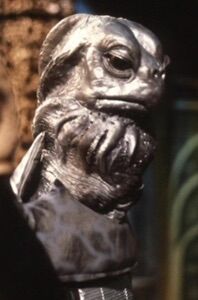 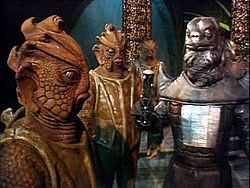 A Sea Devil with Silurians. 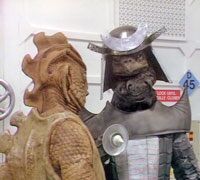 Retrieved from "https://villains.fandom.com/wiki/Sea_Devils?oldid=3919427"
Community content is available under CC-BY-SA unless otherwise noted.