Villains Wiki
Register
Don't have an account?
Sign In
Advertisement
in: Female, Magic, On & Off,
and 15 more

Folklores around the globe of the Earth

Toying with and coercing human men (with sometimes deadly and sinister results).

Depending on members and legends but mostly risky for seafaring men.

Sea Witches are human-like sea creatures with magical powers that have been featured in various parts of global folklore for centuries.

Traditionally, sea witches were witches who possessed magical abilities connected to the ocean. A sea witch may be presented as a magical being such as a fairy, evil spirit, mermaid, siren, selkie, or as an ordinary human woman. Modern depictions of Sea Witches depict them as being half-octopus, but this is largely due to Disney's The Little Mermaid and did not originate from folklore.

A Sea Witch can use her magic to summon storms, predict omens, and control over sea monsters. If portrayed as a siren she can use her hypnotic singing to kill the sailors who sailed on the ocean. If portrayed as a selkie, the Witch will be able to shapeshift from a human to a seal using a seal's pelt. A Sea Witch may also sell magical three knotted strings and ropes to sailors to protect them during their voyage.

Along with their inclusion in older stories, sea witches have been included in contemporary stories as well. 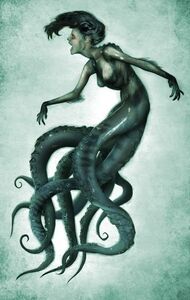 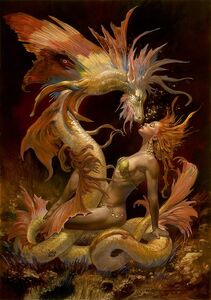 A Sea Witch with a sea serpent. 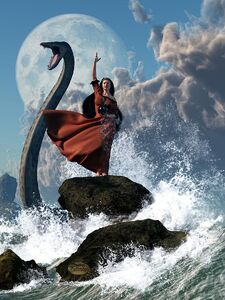 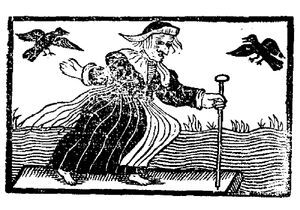