Minion of the Fabrication Machine

Trying to eliminate the stitchpunks.

To kill 9 and the stitchpunks (failed).

The Seamstress resembles a snake or cobra, with a body made of stitched fabric. Its skull-like face consists of a broken doll head with a single glowing eye peering out its shattered socket, and several red threads stretching down its neck from "teeth" along its jaw. This face is hidden within a retractable hood, along with six spindly metal arms tipped with various tools - scissors, a seam-puller, and four sewing machine presser feet used to immobilize its victims via wrapping or stitching them up. Several spools of red thread hidden within its body feed its many arms.

At the end of the Seamstress' tail is the lifeless corpse of 2, his legs removed and his eyes repurposed to shine flashing blue lights from its sockets to mesmerize the other stitchpunks.

The Seamstress uses neuro-shock hypnosis to induce her victims with quick bursts of blinding blue and white light from the eyes of 2's desceased corpse, which is sewn to her tail, before binding the self-induced target with red thread. The Seamstress then stows her bound victims inside her belly, which can open and close at will.

In the film, the Seamstress captured 7 and 8 using the corpse of 2, causing 9 and the other remaining Stitchpunks to chase the fabricated beast to the factory. 9 goes into the factory and rescues 7, but 8 had his soul removed by the Fabrication Machine. 9 used a fake dummy to attach it to the Seamstress' body and hoisted the Seamstress to two rotating gears, thus crushing and killing the reptilian menace. 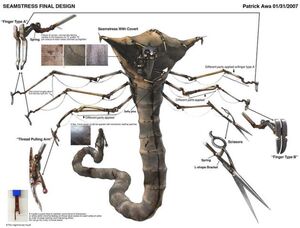 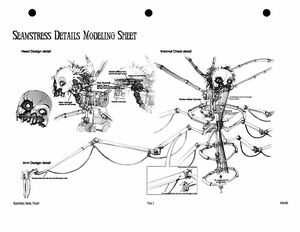 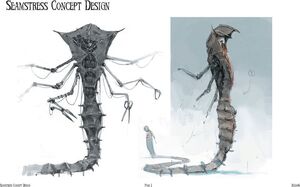 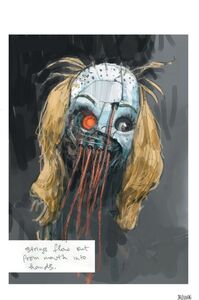 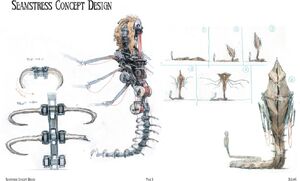 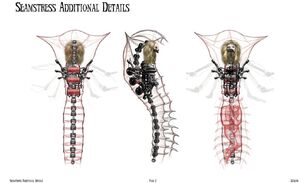 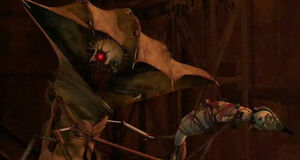 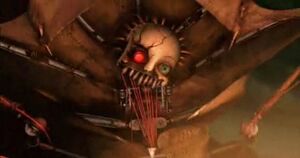 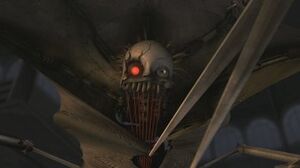 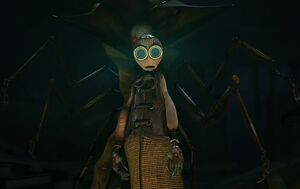